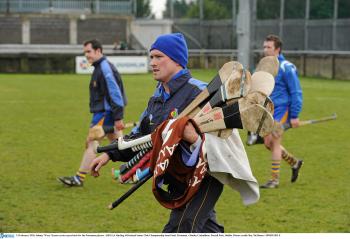 Roscommon GAA has announced the appointment of Johnny Keane as manager of the Roscommon Senior Hurling Team. Speaking on Tuesday night following the ratification of the appointment by the “Coiste Bainistí of Roscommon GAA.  Seamus Sweeney Chairman of the County board praised Christy Mc Dermott and the Hurling Committee on the efforts they had gone to, to fill the vacancy.

“Johnny is well known to us here in the county as he has been the coach to our hurlers since 2017, Johnny was an integral part of Ciaran Comerford’s management structure and it’s good to see continuity with the team. Johnny now takes the reins of the senior team for 2020 and 2021.”

Christy Mc Dermott Chairman of the County Hurling committee highlighted Johnny’s career to date explaining that “Johnny is a Portumna native and was an integral panel member of all 4 of Portumna’s Club All Ireland victories. He managed Portumna in 2018 and most recently was associated with Borris Kilcotton in Co. Laois. I’ve worked closely with Johnny over the past three years and I know he has a lot to offer to the position”.

“Johnny will be joined by Gary Murphy who will act as the Strength and Conditioning coach, the rest of the backroom team will be finalised in the coming days” Christy Mc Dermott stated.