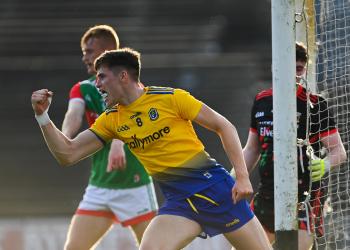 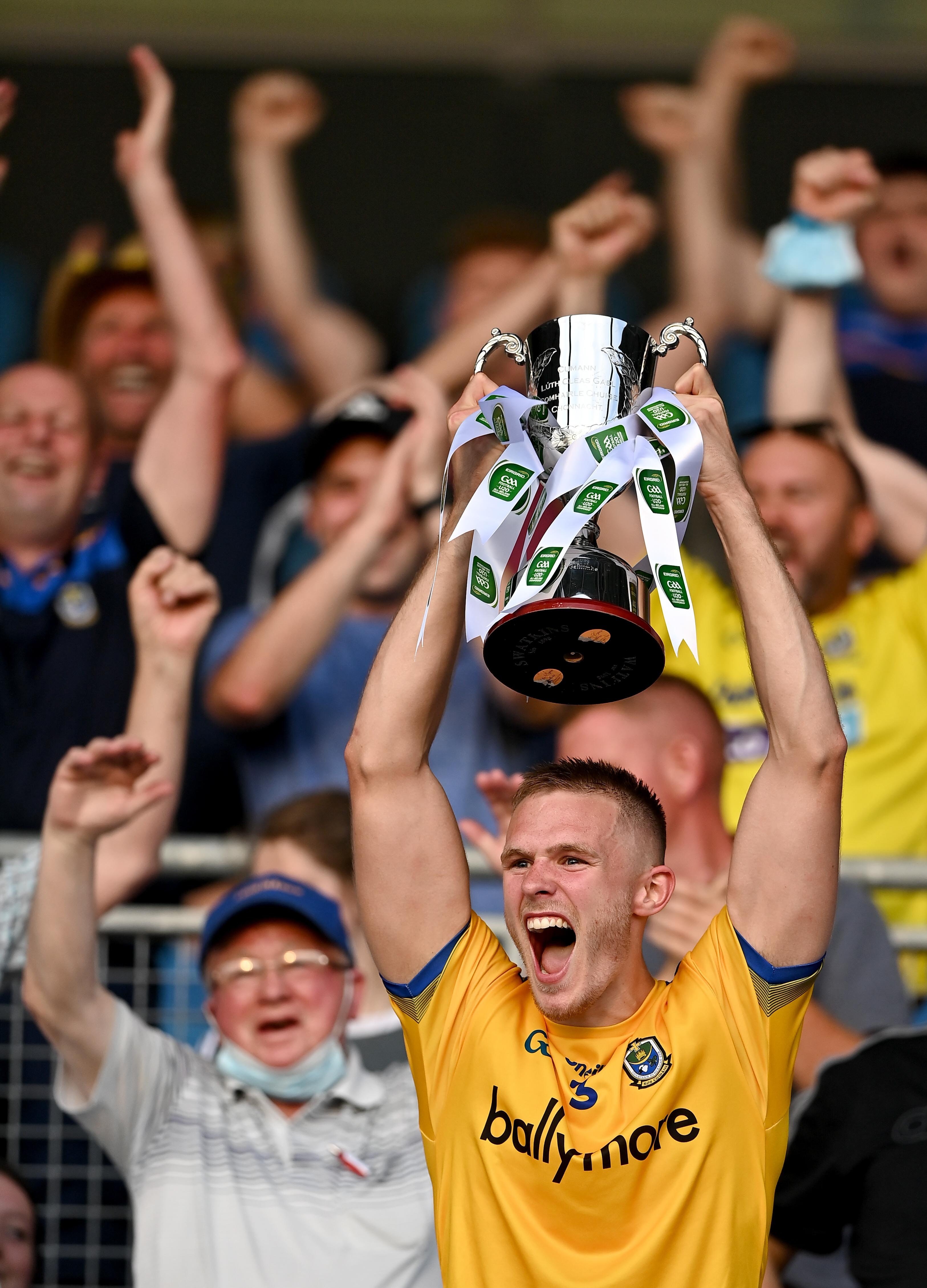 The setting sun burnt down in Castlebar as Mayo and Roscommon did battle for the Eirgrid Connacht u20 championship and the sun shone on Roscommon at the final whistle.

A stunning third quarter from Roscommon set them up for victory - they outscored Mayo 1-3 to 0-1 - and their goalkeeper Conor Carroll pulled off a fantastic penalty save from Jack Mahon just before the final water break.

Leading by just a single point at half time Roscommon attacked the third quarter with drive and determination and plenty of class, as they shut down Mayo's attack and punished them at almost every opportunity at the other end.

Adam McDermott got things going on the scoreboard early in the second half with a good point that was quickly replied to by a Connell Dempsey effort, but from then on it was all Roscommon.

Daire Cregg kicked two on the bounce and on 41 minutes the killer moment came when Adam McDermott rattled the back of the Mayo net after he turned over Conor Dunleavy as he tried to break out of defence. James Fitzpatrick followed that up with a fine point to put Roscommon 1-9 to 0-5 clear as the water break approached.

Mayo looked like they were thrown a lifeline when they were awarded a penalty, but Jack Mahon saw his effort brilliantly saved by Conor Carroll.

Despite being down to 14 men for the first ten minutes of the final period Roscommon were composed and controlling in possession and when James Fitzpatrick drove home their second goal the game was well and truly done and they saw their way home to the Connacht title.

The game had started off well for the home side who led by three points at the first water break thanks to points from midfielder Jack Carney along with a mark from captain Jack Mahon and well taken free by Connell Dempsey.

They also could have had two goals to their name, with Mayo getting in on the end of long punted mark by corner back Donnacha McHiugh and flicking it to the net, only to see it ruled out for a square ball six minutes in.

A minute later Ethan Henry had a chance to rattle the net cutting in from the right but he pulled his effort badly wide of the target.

Roscommon had plenty of the ball too and registered four wides in the opening 15 minutes and were inches from a goal themselves after Darragh Heneghan burst down the right flank and popped a hand pass tantalisingly across the face of goal, only for a Mayo defender to get their hands to the ball ahead of a Roscommon attacker.

The visitors had the gap back to the bare minimum with 24 minutes gone on the clock - James Fitzpatrick swung over their first just after the resumption of action and nine minutes later, after some strong defensive work holding Mayo at bay, Heneghan fired over to leave it at 0-3 to 0-2.

Four minutes from the half time break, Ben O’Carroll was rewarded for some ferocious workrate, winning the ball in the corner, wrestling it away from his man and playing a one-two before slotting it over the bar.

Not long after that Roscommon went into the lead when Fitzpatrick pulled on the ball on the deck close in after a Patrick Gavin shot had been blocked down and the Roscommon crowd had found their full voice in the stand. Daire Cregg drove over a point from downtown just as the half slipped into injury time and Roscommon were leading 0-5 to 0-3.

But there was still time for Mayo to mount one more attack and, after a long period of possession, Jack Carney took on the responsibility and drove the ball over the bar to leave just one between the sides.