Below par Roscommon lose to Galway. 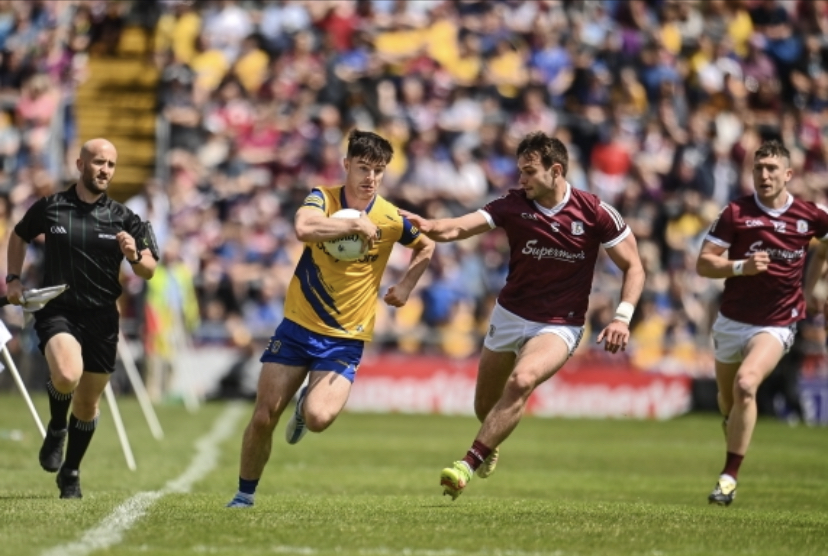 By Cian O’Connell at Pearse Stadium

This was an utterly satisfying afternoon in Salthill for Galway.

There was plenty to enthuse about Galway’s performance.

A couple of late Roscommon goals narrowed the gap, but this day belonged to a promising maroon and white team.

Roscommon weren’t efficient enough in the opening period as Galway eventually went in 2-7 to 0-8 ahead at the interval.

That was chiefly due to two goals – a flash of Shane Walsh class and smooth opportunism from Patrick Kelly.

It was a lively encounter from the outset, but Galway made a crucial burst midway through the half yielding 1-3 without reply.

By that stage Ros led 0-4 to 0-3 before Cillian McDaid poked over a delightful equalising point.

Then the influential Damien Comer, Rob Finnerty, and Johnny Heaney were involved crafting an 18th minute chance for Walsh, who illustrated his ability with a splendid goal.

Further points from Kieran Molloy and Finnerty followed as Galway edged 1-6 to 0-4 in front.

As the interval approached and with Molloy black carded for a foul on Ciaráin Murtagh, Galway still managed to net a second major in the 34th minute.

Finnerty’s initial attempt struck the post and Kelly, a renowned goalscorer for Mountbellew-Moylough, pounced to blast a tonic second goal that moved Galway 2-7 to 0-7 clear.

Ultan Harney, who was industrious throughout, replied with a point for Roscommon, but Galway still departed armed with a five point cushion at the turnaround.

Early efforts from Heaney and Comer, who won a turnover deep in his own half, before adding the grace note with a 39th minute point.

Another Galway burst when Comer, Finnerty, and Walsh raised white flags put the locals 2-15 to 0-12 ahead with 15 minutes remaining.

Despite being under duress Roscommon did stay defiant with Conor Daly palming a 63rd minute goal.

Substitute Diarmuid Murtagh added a second goal in the seventh minute of stoppage time, but by then sufficient Galwegian damage had been inflicted.