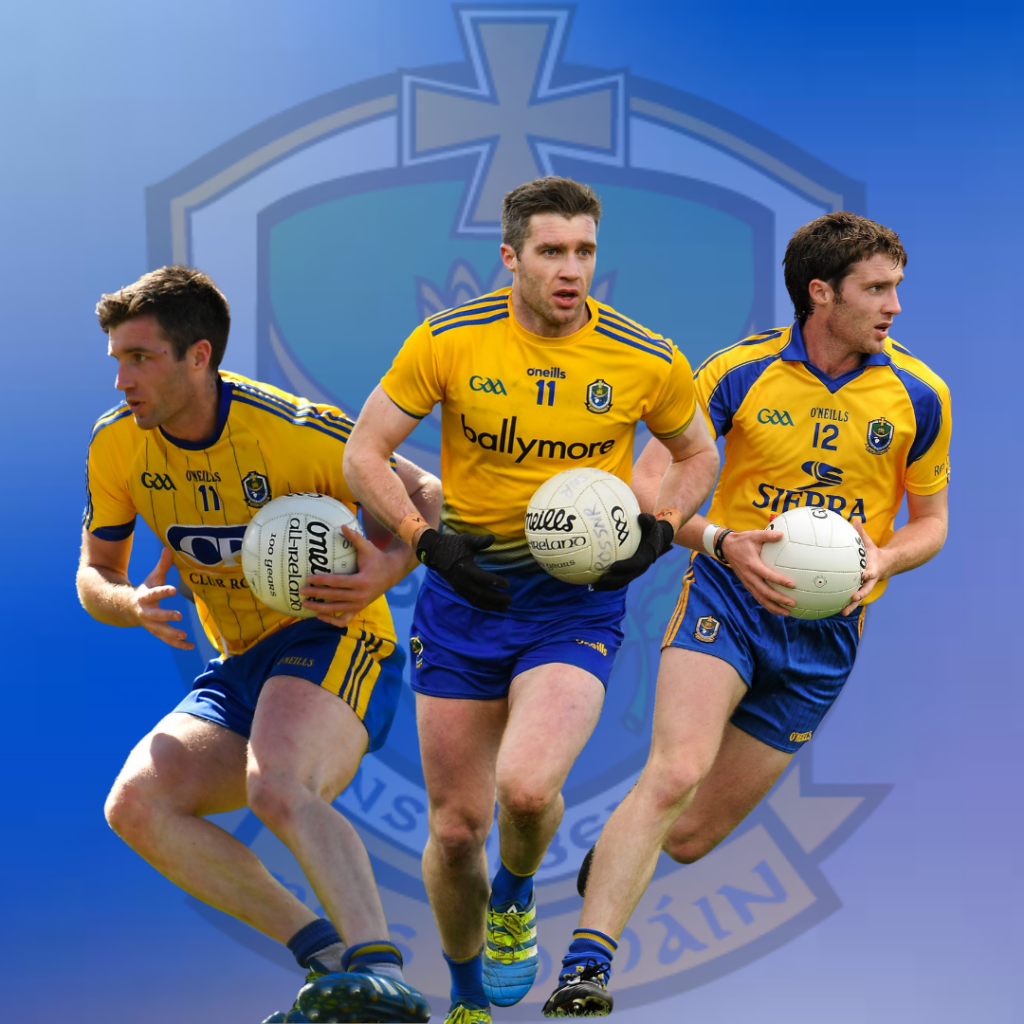 Cathal has enjoyed a long and successful career with the Roscommon Senior Football team. Cathal made his inter-county senior debut in 2006 against Limerick in the National Football league and went on to represent Roscommon 165 times. During 15 years with the team, Cathal won 2 Connacht Senior medals, 3 Division 2 league medals, 1 Division 3 medal, 3 Connacht league medals, 1 Railway Cup medal, 2 Sigerson Cup medals. Cathal received an All Star nomination in 2010 and had the honour of representing Ireland in the 2014 International rules series. Cathal was one of the finest players to pull on the Primrose and blue jersey and always represented the county with distinction whenever he took to the pitch.

Brian Carroll, Chairperson of Roscommon GAA has paid tribute to Cathal saying “On behalf of Roscommon G.A.A. I would like to thank the mighty Cathal Cregg for his unbelievable commitment and dedication to Roscommon G.A.A. Cathal’s class was evident from a very young age when he starred for Roscommon at underage level. Cathal’s dedication and commitment to Roscommon was evident in every one of the 165 appearances he made for our senior team. Cathal always had the ability to lift the team when needed and scored 24-184 along the brilliant journey in the primorse and blue. Cathal was a super person to have around our dressing room and is one of life’s gentlemen. I wish Cathal, Lorna, Fionn and Fiadh the very best of luck in the future. I also wish to thank Cathal’s club Western Gaels for their help in developing Cathal into the player he is. Thanks for the memories “Cregger”, you will be missed”.