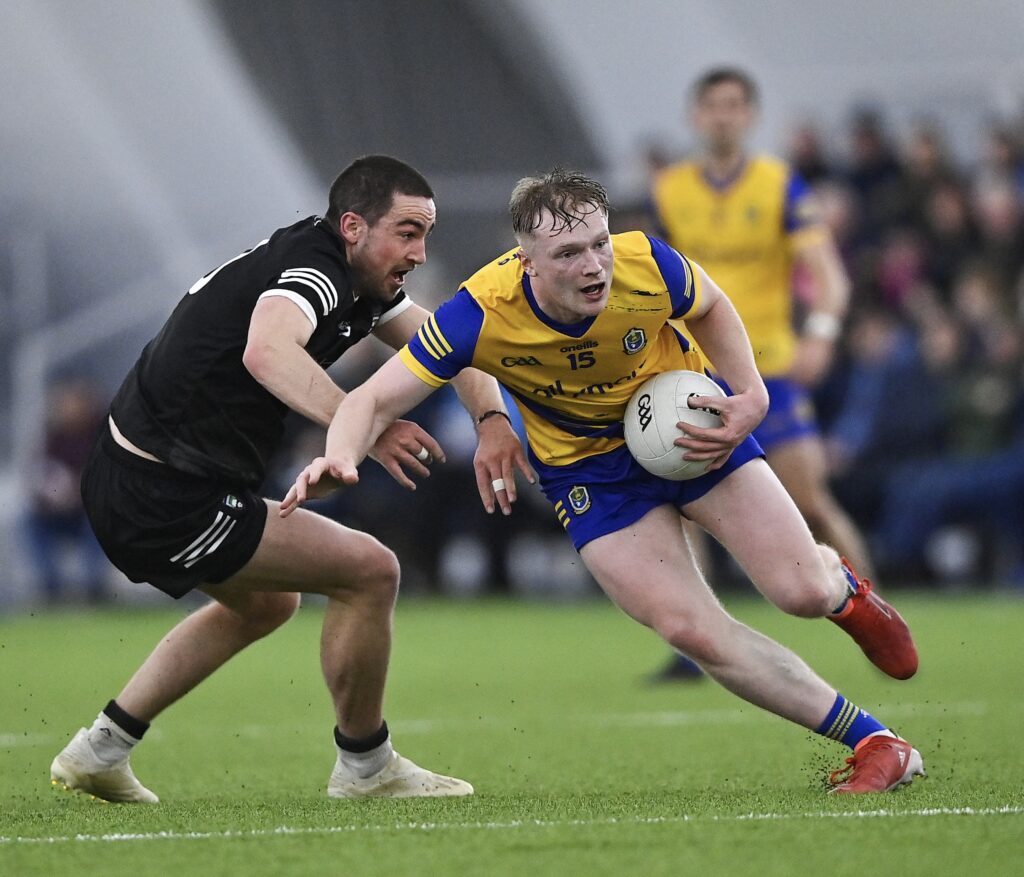 By Kevin Egan at the University of Galway Connacht GAA Air Dome.

Roscommon picked up a seven-point victory and secured their place in next Friday night’s FBD final at the Connacht GAA Air Dome against either Mayo or Galway, but there was plenty for Sligo manager Tony McEntee to appreciate in this contest as well.

Like last week’s meeting between Mayo and Leitrim in this competition, this was a clash between two sides that will play their football at opposite ends of the Allianz Football League in the coming months. However for the opening 35 minutes, Sligo were the better team and were full value for their 2-9 to 1-9 interval lead.

After the game, McEntee said that while he understood that it could lead to his side becoming disjointed, his priority was Sligo’s upcoming league battle with Laois, and he was happy to make seven substitutions at half-time, including withdrawing Pat Spillane from midfield and Pat O’Connor from full-forward, both of whom had been exceptional up to that point.

When Donal Conlon was sent off after collecting a second yellow card in the 40th minute, Roscommon had all the impetus. They levelled the tie by the 48th minute and while ten scoreless minutes followed that – possibly a record scoring drought for intercounty games at the Air Dome – team captain Keith Doyle stepped up for the team in a big way in the closing minutes, firing in two excellent goals to secure the win.

It was all a world away from the early exchanges, though Ben O’Carroll, Diarmuid Murtagh and Paul Carey all kicked excellent points to push the Rossies three points clear. That lead was briefly wiped out when Seán Carrabine goaled and then restored when a glorious pass from Diarmuid Murtagh found O’Carroll to make it 1-5 to 1-2 with 15 minutes gone, but from then on, Sligo owned the second quarter and were very impressive.

Carrabine, Pat O’Connor and Pat Spillane were all excellent, combining to score 2-7 out of Sligo’s 2-9 in the half. Roscommon showed some craft going forward, led by the mercurial Murtagh, but in the physical stakes they struggled to compete with their opponents, and trailed by three points at the interval.

It was at that point however that McEntee chose to change seven out of his 15 starters, and while both sides emptied their bench by the end, Roscommon found it easier to maintain continuity after doing so in stages, while they also were well served by most of their subs, most notably Adam McDermott, Rúaidhrí Fallon, Aengus Lyons and Darragh Heneghan, all of which made positive contributions towards their win.