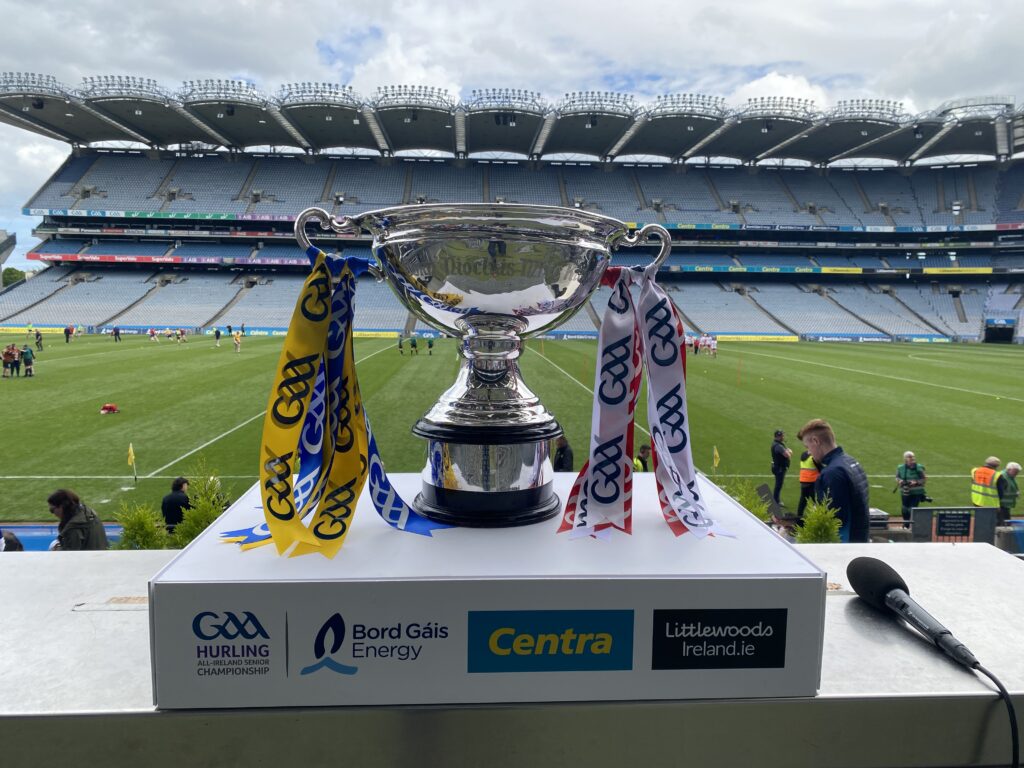 Tyrone completed a memorable league and championship double this afternoon at Croke Park when they had 11 points to spare in a surprisingly one sided contest against Roscommon, meaning that the Red Hand County put their name on the Nickey Rackard Cup for the second time ever, and the first time in eight years.

When these two sides met in the Allianz League earlier this year, Roscommon got out to a fast start at Dr. Hyde Park and led by nine points at half-time, only to be reeled in as Tyrone salvaged a draw by the end of the contest.

This afternoon it was Tyrone who made the fast start, moving eight points in front midway through the first half, and they were never reeled in as the metronomic shooting of Damien Casey, combined with plenty of energy and intensity in the physical exchanges in the middle third, ensured that the Rossies never got any meaningful foothold in the tie.

There was a brief flurry from the Connacht county immediately after half-time when substitute Oisín Kelly made a significant impact, scoring one point and helping to set up two more, but Tyrone’s defence held firm over a crucial five minute spell and they soon re-asserted them selves up front too, largely through some incredible shooting from Casey.

Roscommon had won well when the two counties met in the round robin stages of this competition and were marginally the more fancied side going into this game given their current form, but they looked as if they were stuck to the ground in the early exchanges and soon found themselves in deep trouble.

Two long range points from Daniel Glynn, one from play and one from a free, kept them in it at 0-3 to 0-2 behind with six minutes gone, but Tyrone were about to hit on a real purple patch as they shot the next seven points without reply, scoring through a variety of methods.

Seán Óg Grogan picked off one after hoovering up a breaking ball, Chris Kearns shot a wonderful score on the turn from out on the left wing, sharp swarming of Conor Coyle on a short puckout led to another simple chance for CJ McGourty, and another misplaced puckout was gobbled up and fired back over the bar by Rúairí Slane to make it 0-10 to 0-2.

Roscommon simply couldn’t get anything going close to goal, as evidenced by their full forward line registering a solitary point between them over the 70 minutes, that a long range strike from Brendan Mulry after he drifted way out from goal to chase down possession.

The only goal of the game was flicked to the net by Seán Óg Grogan in the 22nd minute, the Éire Óg player rising highest to meet a lobbed pass from his club colleague Aidan Kelly, and at 1-14 to 0-9 in front at the interval, the Ulster men had a considerable cushion going into the second half.

Roscommon’s best spell in the game was undoubtedly the first six minutes of the second half when Daniel Glynn, Cathal Dolan and Oisín Kelly all found the target to cut the gap back to five, but they needed to keep that momentum going and a couple of stoppages, allied to some misplaced passes and fumbles as they tried to attack the game, were to prove crucial.

Seán Óg Grogan was again to the fore as he sprinted clear of the Roscommon back-line to fire over a good point on the run, and when five scoreless minutes was concluded with another free from Casey, it felt as if Tyrone had weather the only storm that was to come their way.

With ten minutes left, the game wasn’t entirely gone from Roscommon as they trailed by seven points, but they just couldn’t find a way to test Conor McElhatton in the Tyrone goal, and as they grew increasingly desperate to try and force a green flag, more and more opportunities opened up for Tyrone to stretch their lead and take the pressure out of the closing minutes.