Padraig Pearses are U20 Champions. 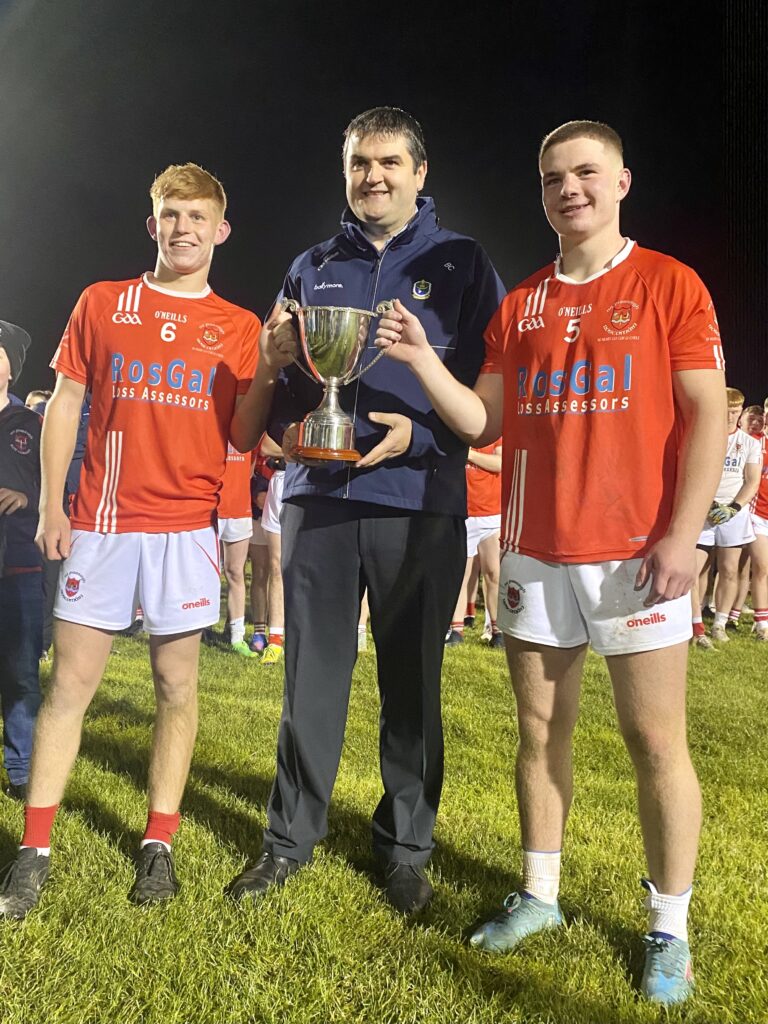 Thirty minutes of sublime quality was followed by thirty minutes of heart-stopping drama and tension at Ballyforan tonight, and at the end of all that, plus seven minutes of stoppage time, a free from Jack Tumulty proved to be the crucial score as Pádraig Pearses secured U-20 championship glory and in the process, exorcised the demons from the 2020 minor final between these two clubs, where Brigid’s racked up a landslide victory.

The Kiltoom club settled into the tie by scoring the first three points but a fortunate goal from Conor Harley, followed by another wonderful finish from Seán Canning, helped Pearses move into a 2-7 to 0-5 lead.

That was wiped out in the space of seven minutes before half-time, with Ben O’Carroll and Daniel Keenan responding in kind for the reigning champions.

2-7 each after 30 minutes reflected a contest of the highest quality, and while the scoring rate dipped and the error count rose after half-time, the incredibly high stakes and the the palpable tension was a huge factor in this.

It looked like St. Brigid’s had done enough when Ben O’Carroll set up Bobby Nugent’s sixth point of the evening to establish a two point lead with three minutes to go, but Pearses roared down the field and replied through Declan Kenny.

Kenny showed his mental strength when he stood over a free in the 64th minute and hooked it over the bar from 35 metres out, but with plenty of time to be added due to an injury to Eoin Colleran, there was still time for more drama. Adam McGreal and Conor Harley linked up to win a free on the 20m line, some ten metres to the left of the posts, and this time it was Jack Tumulty who delivered for Pearses with the decisive strike.