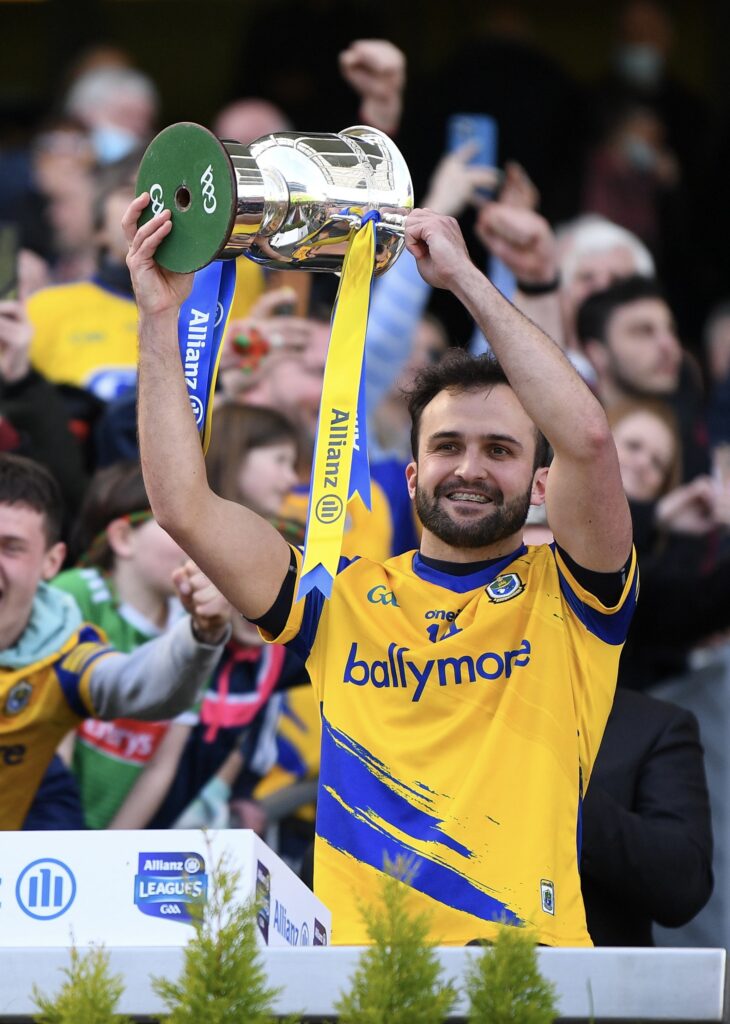 By John Harrington at Croke Park

The St Faithleach’s man somehow wriggled his way through a posse of Galway defenders before unleashing a piledriver to the corner of the net.

It was a fabulous finish, but there will surely be an inquest in the Galway dressing-room as to how he was allowed get into the position he did to shoot.

The Tribesmen had done really well to turn what had been a five-point deficit into a one-point lead late in the game, but they didn’t quite have the wherewithal to fashion another comeback after that Murtagh strike.

It was a game that swung this way and that with Galway the quicker team to settle initially, thanks to their dominance on Roscommon’s kick-outs which gave them a lot of go-forward ball.

Paul Conroy was in the groove from the very early on, kicking two of his team’s first three points and generally lording it in the middle third of the field.

Roscommon eventually settled into a rhythm of their own though, consistenly winning frees with direct running.

An Enda Smith free had them level by the 16th minute at 0-4 apiece, before the electric Conroy nudged Galway ahead again.

He was their only player making much headway in an attacking sense though, and as the half progressed Galway seemed to run out of ideas.

Ciarain Murtagh followed up immediately with another nice score but Galway hit back with points from Sean Kelly and Damien Comer.

Comer had been quiet up until then, but his point was a really classy score as he spun away from Brian Stack and curled over a beauty while running at full pelt.

Paul Conroy finished the half like he started it, on fire, and two more points from him ensured Galway matched Roscommon stride for stride to go in at the half-time break on level terms, 0-9 apiece.

Comer edged Galway ahead at the start of the second half with his second point of the day, but Roscommon then took charge for the next 15 minutes

Ultan Harney and Eddie Nolan were starting to make their presence felt in the middle of the pitch and now a good supply of all was making its way into the Roscommon inside forwards with Donie Smith in particular bursting into life.

His first of the day followd up a Cian McKeon point to edge Roscommon ahead again, and they kept their foot on the pedal with two cracking points from Ciaráin Murtagh and Smith again.

A Finnian O’Laoi point briefly kept Galway in touch, but Roscommon were flying now and scored four of the next five points with Smith and Murtagh getting the pick of them.

Galway were trailing by five points now and looking in real trouble, but they dug deep to summon an impressive comeback.

Two Robert Finnerty frees gave them the initial momentum and when Dessie Conneely then scored one from play they were really on the front foot.

Points from Comer and substitute Shane Walsh had them level by the 62nd minute, and then Comer edged them ahead with a brilliant fisted effort after Conroy flighted a ball to the edge of the square.

Roscommon’s response was impressive. Super-sub Diarmuid Murtagh drew them level then his brother Ciarán nudged them ahead again with a converted free.

Finnerty drew Galway level with a nice point from play but then Murtagh struck for that decisive goal in the first minute of extra time.

Galway battled to the finish with Matthew Tierney kicking two points and Dessie Conneely one, but Roscommon replied with one from Keith Doyle to hold on for a very satisfying victory.