14 man Roscommon too strong for Offaly 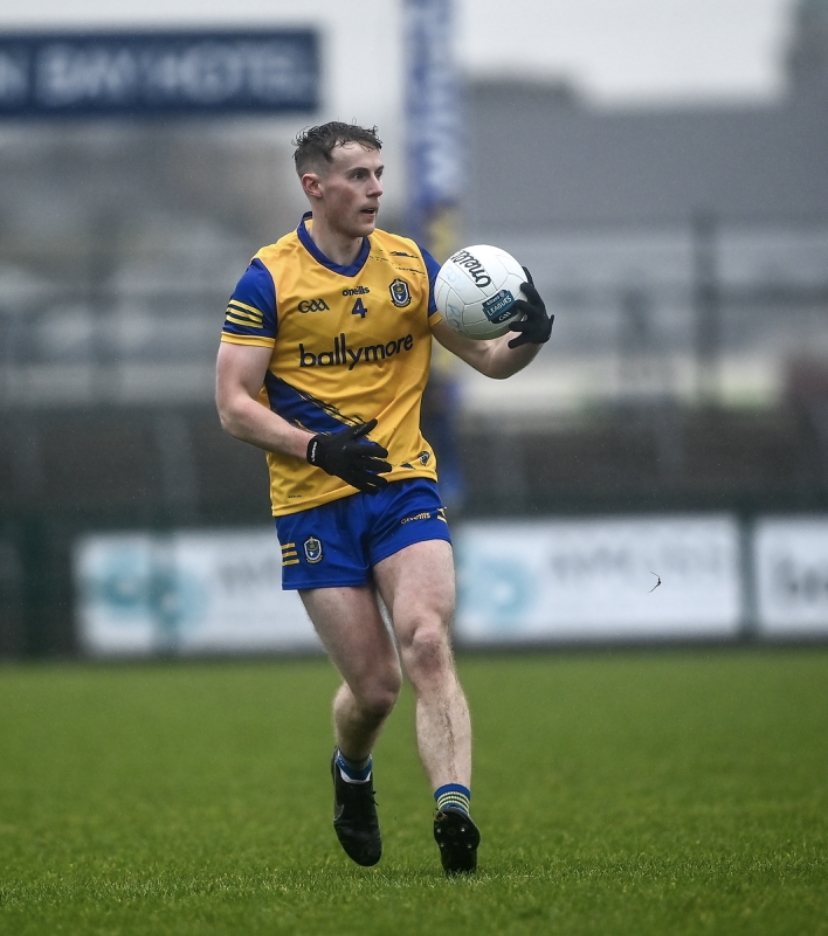 Roscommon remain on course for promotion from Division Two after easily disposing of Offaly at O’Connor Park, Tullamore.

Despite playing with 14 players for over three-quarters of the contest, the Rossies were much too strong with goals from the Smith brothers, Donie and Enda, proving pivotal.

With Galway already promoted following their surprisingly comfortable victory against Derry, Roscommon know that victory against the Tribesmen at Dr. Hyde Park next weekend will see them promoted alongside their Connacht rivals.

Roscommon were always in control during the opening half. With captain Donie Smith leading the line from full-forward, they quickly set about racking up the scores.

Ciaráin Murtagh, Ultan Harney and a double from Conor Cox pushed the Rossies four points in front before wing back Ciarán Donnelly opened Offaly’s account in the seventh minute.

The visitors, who failed to hit a wide during the opening 35 minutes, continued on their merry way with further scores from Ronan Daly, Richard Hughes, Keith Doyle and Cox (a mark) to gallop 0-8 to 0-2 in ahead — Offaly’s sole response coming from a Niall McNamee free.

But the home side were handed a lifeline when Keith Doyle picked up his second yellow card in quick succession to leave Roscommon down to 14 players for the remainder of the contest.

Yet Offaly couldn’t make sufficient inroads, although Dylan Hyland, Bill Carroll and McNamee did keep their side in touch.

Ciaráin Murtagh and Cox (a free) kept the scoreboard ticking over from a Roscommon perspective before the Connacht side worked the ball quickly downfield, ending with Heneghan playing in Donie Smith for a simple goal to leave Anthony Cunningham’s men 1-10 to 0-5 ahead after 26 minutes.

The teams traded scores for the remainder of the half, with Donie Smith (one free and one wonderful effort with the outside of his boot from play) and McNamee (free) and goalkeeper Paddy Dunican (’45) finding the target for their respective sides to leave Roscommon 1-12 to 0-7 in front at the break.

The glut of scores dried up in the second half as Roscommon were content to keep Offaly at arm’s length. However, Enda Smith’s superb individual goal after 45 minutes pretty much left his side home and hosed.

Offaly hit a few poor wides but scores from Niall McNamee, Johnny Moloney, Ruairi McNamee, Cathal Donoghue and Anton Sullivan represented something to cling to ahead of a massive game against Cork next weekend.

However, Roscommon were never troubled with Eddie Nolan, Cox (free) and Niall Kilroy finding the range. Cian McKeon made an impact off the bench, hitting two points, while Diarmuid Murtagh also marked his introduction with a well-taken point as the Rossies cruised to victory.