A Royal Win For Our Footballers In Navan. 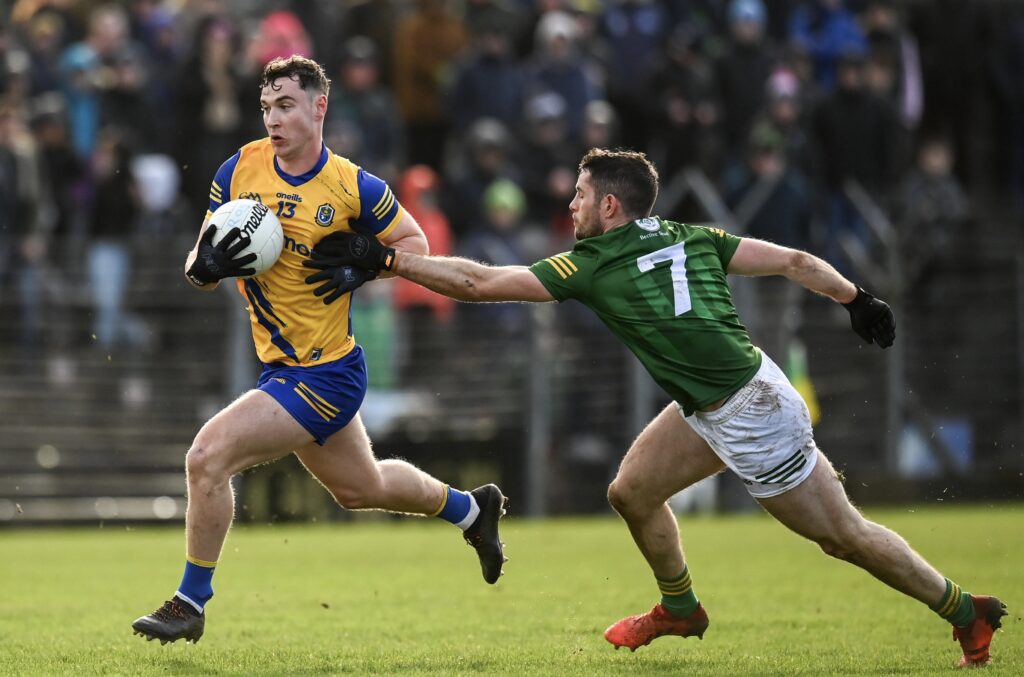 Led by Kerryman Conor Cox, who struck 0-7 having missed their opening round win over Cork, the Rossies built up a nine-point first-half lead and relied on that cushion to repel a final quarter comeback from hosts Meath.

The Royals cut what was a 10-point gap at one stage in the second-half to just three late on but that was as good as it got for them as they slumped to back to back losses to western opposition following last Sunday’s defeat to Galway.

There was stoppage time drama as Meath’s James McEntee was shown a straight red card following a collision with Ultan Harney and when a minor melee had calmed down, manager Andy McEntee was also shown a red card.

Cox’s seventh point of the game in the 78th minute ultimately allowed Roscommon to breathe out and they will put their 100% record on the line again when they play Clare in Round 3 at Dr Hyde Park on February 20.

As for Meath, they will return to action against Down in Navan on the same day and will view a win on that occasion as a must after the slow start to 2022.

Meath badly needed a pick-me-up after the result in Galway but played into a stiff wind again, just like they had in Salthill, and conceded a big first-half score which ultimately cost them the game.

They kept pace with the Rossies for 20 minutes with Cunningham’s men only leading by 1-5 to 1-3 at that stage.

Mathew Costello scored Meath’s goal after eight minutes after being played in by Jordan Morris who was recalled to the lineup after coming on as a sub last weekend.

Morris, Meath’s top scorer, had initially drawn a great save from Roscommon goalkeeper Colm Lavin but Meath recycled the ball well and got their reward when Costello found the net from close range.

Meath led 1-1 to 0-2 at that stage but only managed two more points in the half and neither of those were from play.

Five wides hurt Roscommon who were on top but couldn’t make their possession pay.

They eventually came good with a flurry of scores in the lead up to half-time when they reeled off seven points without reply.

Cox took his tally to 0-4 for the day when he converted a mark and then won the resulting kick-out and pointed again.

Meath were in real trouble at the back and were powerless to prevent the blitzkrieg with corner-back Robin Clarke losing his cool and earning a black card just before the break.

The scoreboard was broken and it was perhaps just as well because it didn’t make good reading for home supporters at half-time; Roscommon 1-12 Meath 1-3.

Roscommon got the margin out to 10 points in the third quarter when Cox pointed again to nudge them 1-14 to 1-4 ahead but they were hit with a spirited Meath revival in the closing 25 minutes or so.

Morris tagged on four points for Meath during the comeback and newcomer Eoin Harkin popped up from defence with a point but the second goal they required never arrived and Roscommon held on with Cox pinching his insurance score from a free at the death.