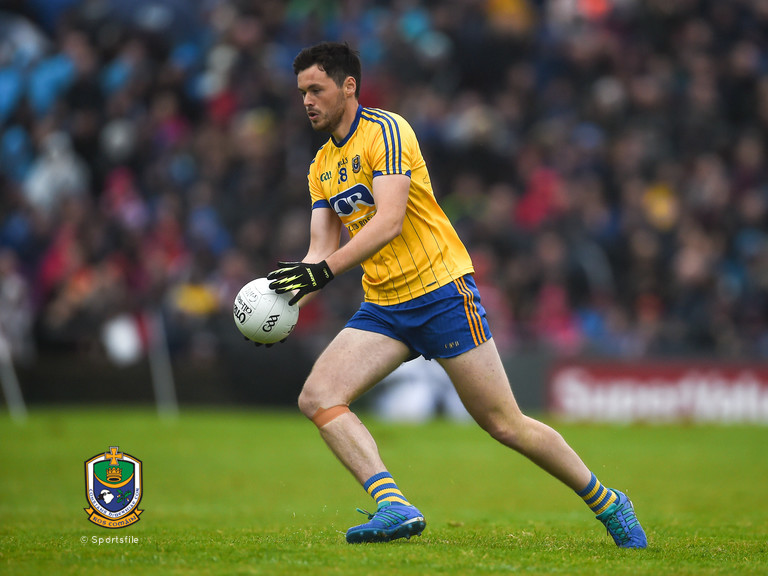 Former Roscommon Senior Football player Donie Shine has decided to bring the curtain down on his playing career.

“Clann na nGael would like to advise that our Senior player Donal Shine has decided to bring an end to his playing career due to ongoing injury concerns.

Donie has enjoyed a glittering playing career for both club and county. He was instrumental in the Roscommon Minors claiming the All-Ireland title in 2006. Donie also won two Connacht Senior titles and will always be remembered for his man of the match performance in the 2010 Final against Sligo.

Over the years, Donie had some memorable performances in the Clann jersey, culminating with captaining the club to our 21st county title in 2018.

Donie also won the club’s Player of the Year award a record five times, which speaks volumes of the consistent excellence of his displays during his playing career.

Donie was one of the greatest ever players to wear the Clann colours and everyone in Clann na nGael wish him the very best in the future.”

Donie, at the age of 17 was instrumental in Roscommon winning the 2006 Minor All Ireland title against Kerry after a replay. He went on to represent his county with distinction at U21 and Senior level with the highlight having to be his man of the match performance in the Connacht Final in 2010 against Sligo.

Brian Carroll, Chairman of the Roscommon GAA County Board has paid tribute to Donie Shine saying

“There’s always a tinge of sadness when you hear one of your sporting heroes has retired and that feeling is very much present this evening when I heard that the mighty Donie Shine is retiring from the game. Donie was a great servant to our county and his club Clann na nGael.

In 2006 Donie won the hearts of every Roscommon person as he and the mighty minor team brought us all on a journey of joy and celebration that none of us will ever forget.

Donie made 72 appearances for Roscommon scoring a brilliant 4-243 along the journey and none of us will ever forget the magical 10 points Donie scored against Sligo in the 2010 Connacht Final win in Castlebar.

Unfortunately all good things must come to an end and that time has come for Donie. On behalf of every Roscommon person everywhere I want to thank Donie for his dedication and commitment and for giving us all so many great memories along the way. I wish Donie and his wife Deirdre and family the very best of luck and good health in the future.”