Footballers edged out by Galway 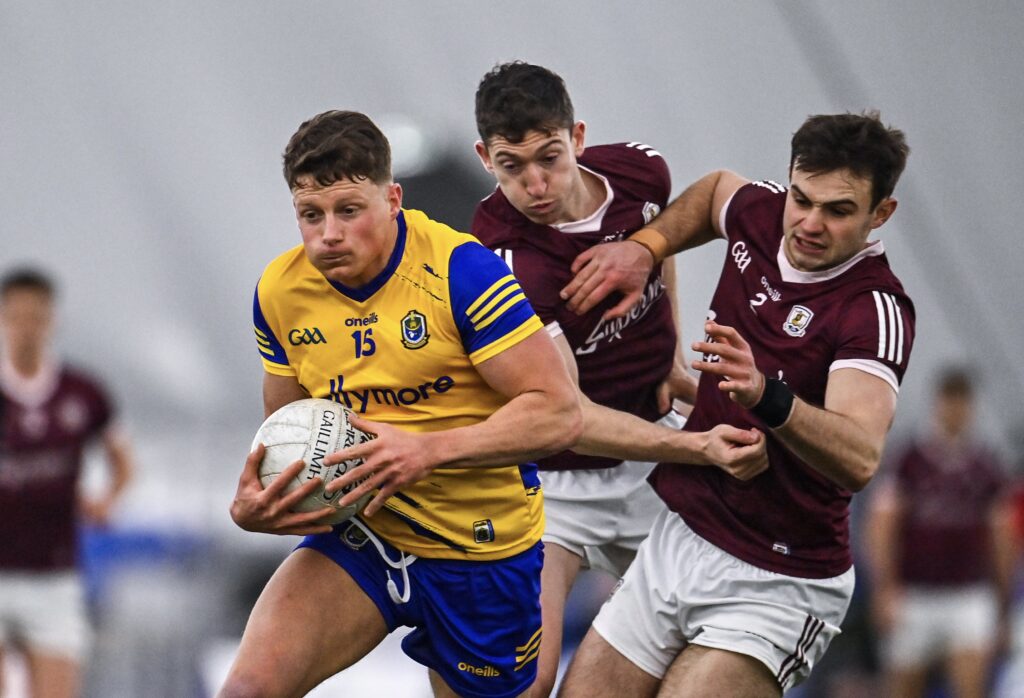 Padraic Joyce’s team delivered a fine second half display to edge out a determined Roscommon, who were without a string of key St Faithleach’s and Padraig Pearses players.

Ultimately it was a satisfying win for Galway, who were inspired by captain Seán Kelly and Rob Finnerty.

The DCU student mined five points during an assured performance as Galway dominated the agenda in the third quarter.

That was when Galway took command, but early on Roscommon had settled briskly. The opening period moved along at a decent clip with Roscommon impressing accumulating a 0-8 to 0-4 advantage by the 22nd minute.

In attack the Smith brothers and Conor Cox were carrying a potent threat for Anthony Cunningham’s outfit.

Galway, though, replied pouncing for an important goal in the 24th minute when Seán Fitzgerald finished a clever move.

Cormac McWalter’s quick free was gathered by Dessie Conneely, who combined with Patrick Kelly to create a chance for Fitzgerald.

That major reduced the gap to the minimum, but two sweet points from Andrew Glennon and Cathal Heneghan edged them three clear.

Before the break Rob Finnerty, prominent for Galway, and substitute Tony Gill clipped points as Roscommon led 0-10 to 1-6 at the turnaround.

When the action recommenced Galway hit nine of the next 11 points with Finnerty, Johnny Heaney, Paul Conroy, and Seán Kelly influential.

That crucial Galway burst put Padraic Joyce’s charges 1-15 to 0-12 ahead by the 57th minute, but Roscommon came thundering back.

Roscommon remained defiant until the end, but Galway survived.