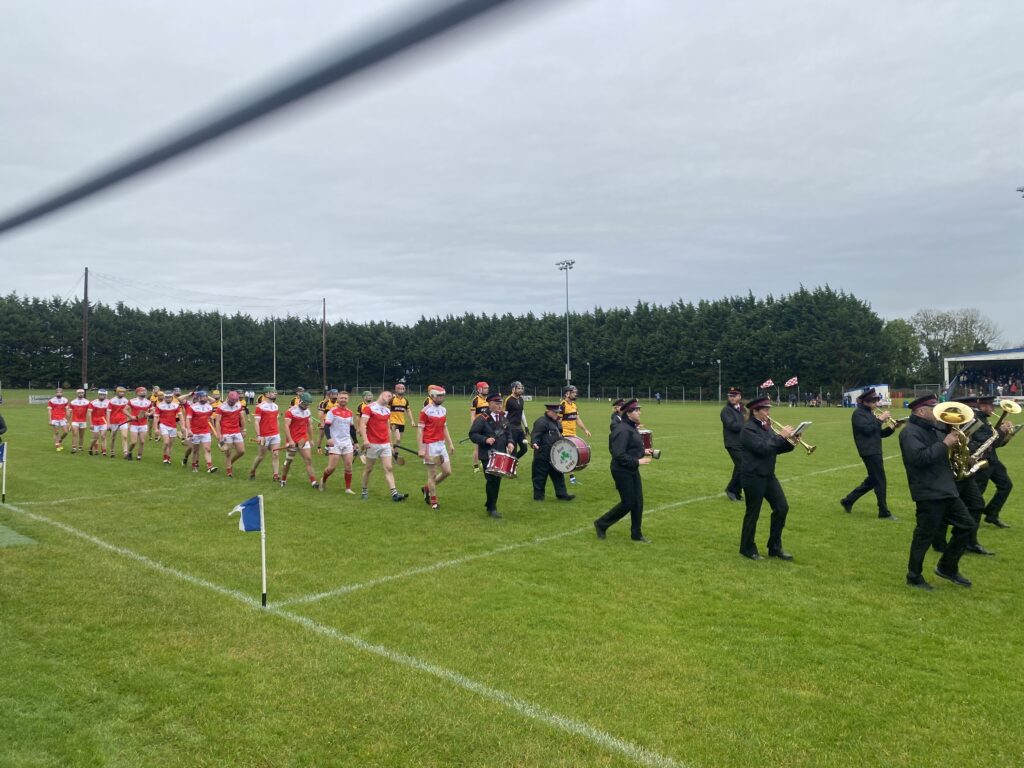 They call it a delayed lunch in some parishes, but in Four Roads, they call it a famine. Three years without getting their hands on the Mickey Cunniffe Cup, the trophy named in honour of one of the finest ever hurlers to wear the club’s black and amber colours, came to an end this afternoon as they accounted for Pádraig Pearses by eight points in this afternoon’s final.

Two late goals from Roscommon county star Brendan Mulry sealed the deal for the men in black and amber, but it was their defensive strength and their controlled, careful use of the sliotar throughout the game that put them in a position to power across the finish line.

In windy conditions, with rain showers descending intermittently to add variety, Pearses had the aid of the breeze in the first half and in the early stages, looked like they might use it well.

Daniel Glynn, Darragh Finn, Oisín Kelly and Matthew Comerford all fired over points in the opening ten minutes, while there was 12 minutes on the clock by the time Four Roads registered their first attempt on goal, a half-blocked effort from Brian Lawlor that fell short.

Gradually Four Roads got to grips with the game however, with their control stemming from the half-back line, where veterans Micheál Kelly and Johnny Moran were in excellent form. After reducing the gap to a single point, Pearses kicked on again with good points from Kelly, Glynn, Comerford and Seán Canning (teenage cousin of Galway’s Joe) to lead by 0-8 to 0-4, but they failed to build on that and the game changed dramatically in the last minute of normal time, when Moran and Adam Donnelly combined to set up Cathal Dolan for the game’s first goal.

0-10 to 1-6 looked like an inadequate lead given the strength of the wind, but it took time for Four Roads to really press home their advantage after the break, as the first six points of the second half were equally shared between the two teams. Defensively, they remained in complete control, but it was only from the 42nd minute, when Adam Donnelly kickstarted their surge with a stunning equalising point, that they took control of the game.

Cathal Dolan fired over two majestic points in quick succession, Brendan Mulry split the uprights from the left hand side, and while they missed a couple of half-chances for goals that might have put the game away, the win was all but assured when Brendan Mulry leapt to claim Adam Donnelly’s long ball forward, and a quick flash of the hurl later, the net danced and Four Roads led by six, 2-14 to 0-14, with a little over seven minutes to play.

Daniel Glynn’s eighth point of the afternoon followed, but any hopes of a revival from Pearses were crushed when Mulry fired in his second from a tight angle after 56 minutes, setting up a comfortable finale for Four Roads, who now advance to a Connacht Intermediate semi-final clash with Tooreen of Mayo, next Sunday in Athleague.