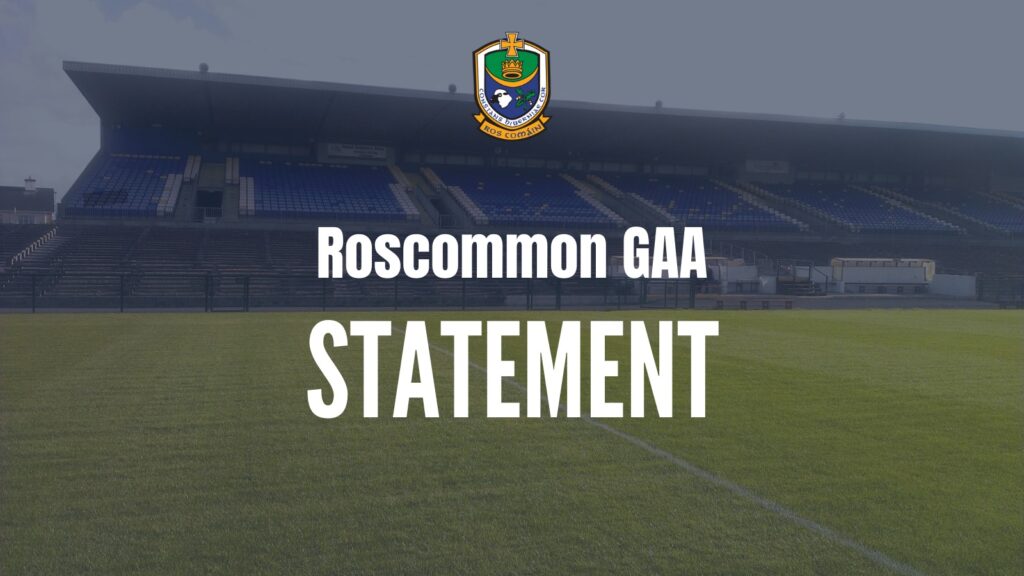 Johnny Keane contacted Christy McDermott, hurling committee chairman earlier today to inform him that he has decided to step down from his position as Roscommon senior hurling manager.

Johnny became involved with Roscommon GAA four years ago as a coach under Ciaran Comerford. Johnny took over as senior manager when the position became vacant 12 months ago. He managed Roscommon in the Christy Ring Cup in 2020 and 2021 and also in the 2021 national league.

The past two years seasons were extremely difficult due to Covid-19 and only having a few weeks to prepare for competitions. A lot of work that was carried out had to be executed via zoom calls. In 2021 Roscommon were relegated in both the league and championship but in several games the margin of defeat was only by a point or two. Sadly, narrow defeats do not earn you any points.

The Roscommon hurling committee and Roscommon GAA would like to thank Johnny, his back room team and  players for all their effort and time.

Once again thanks to Johnny, his wife and very young family for the sacrifices made over the past four years for the cause of Roscommon hurling and we wish him all the best in his future endeavours.