Roscommon get two All Star nominations 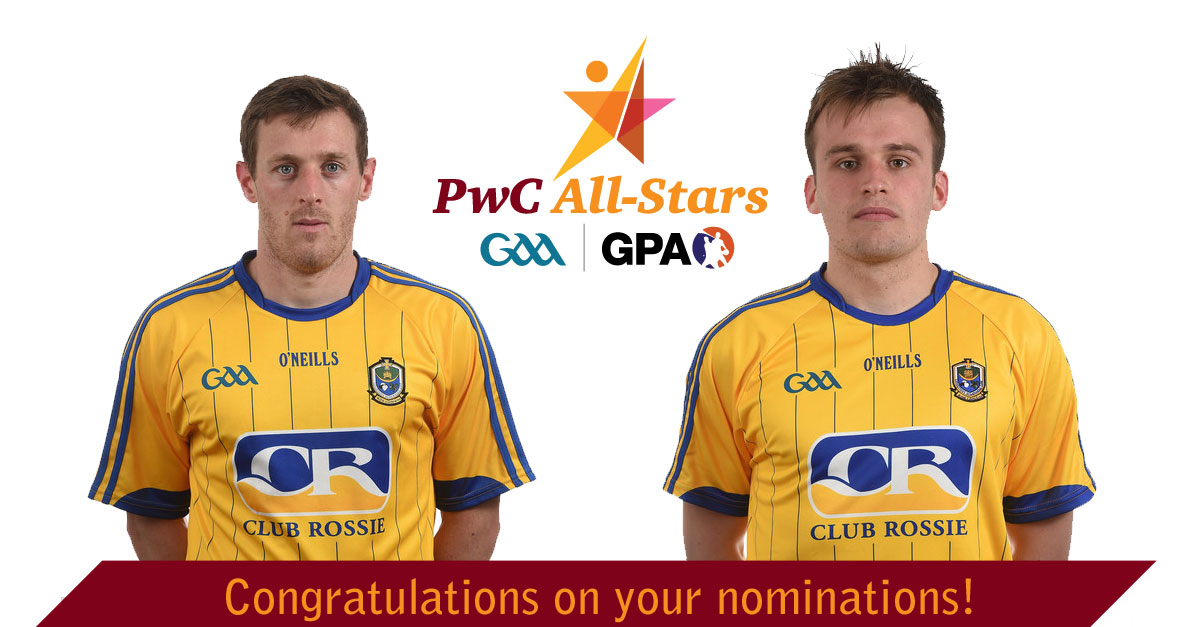 Two Roscommon players feature in the final list of nominations for this year's PwC All-Stars football team. The nominated pair are Enda Smith of Boyle and Conor Devaney of Kilbride.

The announcement of the nominees was made this morning which sees All Ireland Champions Dublin with 13 nominations and runners-up Mayo with 12 nominees.

This is the first time that Roscommon has had an All-Star nomination since 2010 when Cathal Cregg and Donie Shine were both nominated for the coveted All-Star Awards.

Roscommon GAA Chairman Seamus Sweeney today congratulated Enda Smith and Conor Devaney on their All-Star nominations saying it is a source of pride to all Gaels in the County. “We had a good year and are delighted to be the reigning provincial champions, this is a nice bonus for the county. I’m delighted on a personal level for both men who in fairness had outstanding seasons for Roscommon”.

The final 15 that make up the PwC All-Star Football team will be presented with their awards at a gala black-tie banquet in Dublin’s Convention Centre on Friday, 3 November – an event to be screened live on RTE One television.