Roscommon overpower Cork at the Hyde 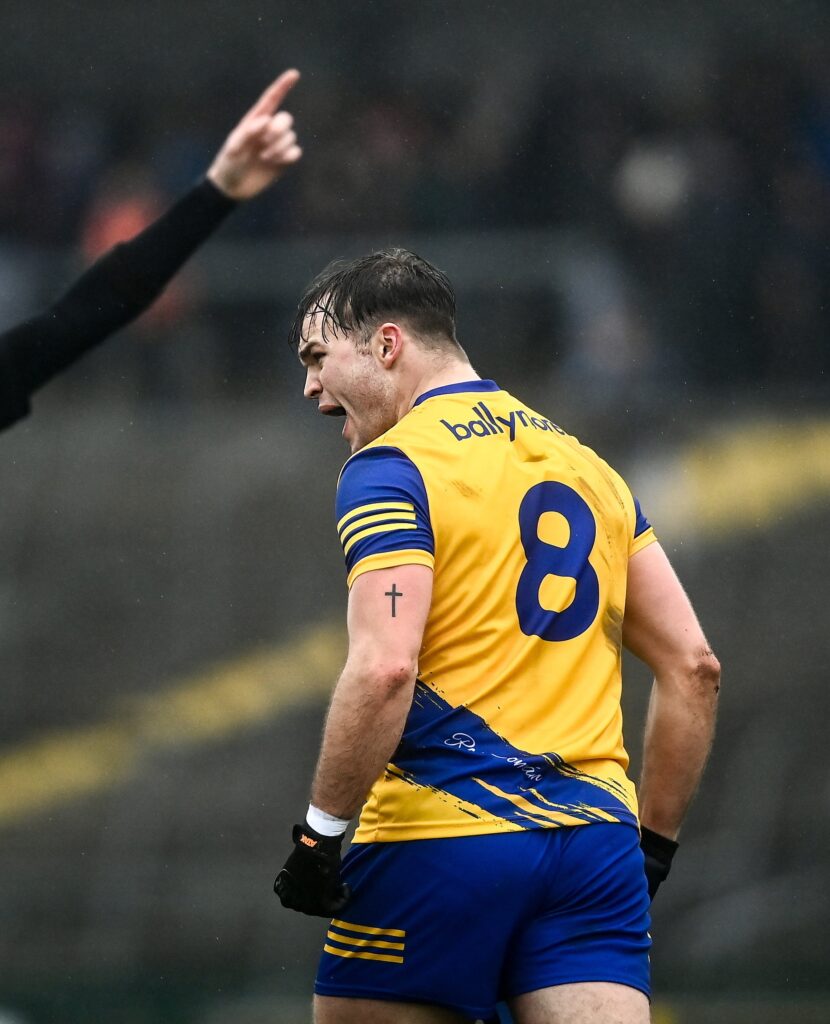 The value of maturity and experience was clear to see this afternoon at Dr. Hyde Park in Roscommon where the home side outmuscled and outmanoeuvred Cork in this Allianz League Division Two opening round contest.

Cork could look back at their final tally of nine second half wides and say that things could have been very different had they used the wind much better, but Roscommon’s control of the physical battle all over the field meant that the quality of chances created by Anthony Cunningham’s side was of a much higher order, and that allowed the Rossies to build up a comfortable lead at half-time, and to hold a raw Cork selection at bay throughout a low scoring second half, where just seven points were registered in total.

There were young players in action for Roscommon too, with Eoin McCormack, Richard Hughes and Cian McKeon all particularly impressive, but they came into a team where there were leaders all along the spine, most notably Brian Stack at full back and the Smith brothers in the heart of the full forward line.

Right from the start Donie Smith was instrumental in winning a free that McKeon converted, while Enda slotted over the Rossies’ second point – but in those early exchanges, Cork were competitive. Matthew Taylor and David Buckley kicked outstanding scores from play, and the Rebels held a narrow 0-3 to 0-2 advantage after 12 minutes, despite playing into the wind.

What followed was a devastating 15-minute spell when Roscommon essentially won the game, scoring 1-7 without reply. Donie Smith led the scoring charge with five of the seven points while Enda weighed in with a goal from a 15 metre shot that was parried by Micheál Martin, but which then skidded off the wet ground and rolled agonisingly over the goal line.

However all across the field, Roscommon seemed to be able to turn over Cork possessions at will, intercepting passes and forcing spills as Cork tried to carry the ball through the lines. Even newcomers like Hughes and Diarmuid McGann came up with vital steals to deny Cork scoring chances, and while there was a burst of life from Keith Ricken’s side before half-time with three points on the spin, a 1-10 to 0-6 interval lead left them with a lot to do.

The breeze appeared to freshen at half-time, which opened the window of opportunity ever so slightly, and when Tadhg Corkery dispossessed a Roscommon player to set up a score for Mark Cronin in the first minute, it seemed like the script might be flipped on its head ever so slightly.

Brian Hurley added the next to reduce the gap to five, but Cork were already adding to their wides tally at a ferociously quick rate, as their inability to break the tackle meant that they went for scores from some very difficult distances and angles. Hurley’s score – a free from 55 metres – demonstrated that the ‘scoring zone’ for the men in red was large, but far too many shots were taken and missed from that type of distance.

In the space of 20 minutes of play, just two points were added – both frees from Donie Smith – and the seeds of a Cork comeback that appeared to sprout in the 15 minutes either side of half-time had withered and died.

Both managers will welcome back players from clubs that lost AIB All-Ireland club semi-final ties over the weekend, but the players from St. Faithleach’s and Pádraig Pearses will be coming on board a bus that is already travelling sweetly. The St. Finbarr’s contingent, on the other hand, may be required to give the Rebel machine something of a kickstart.