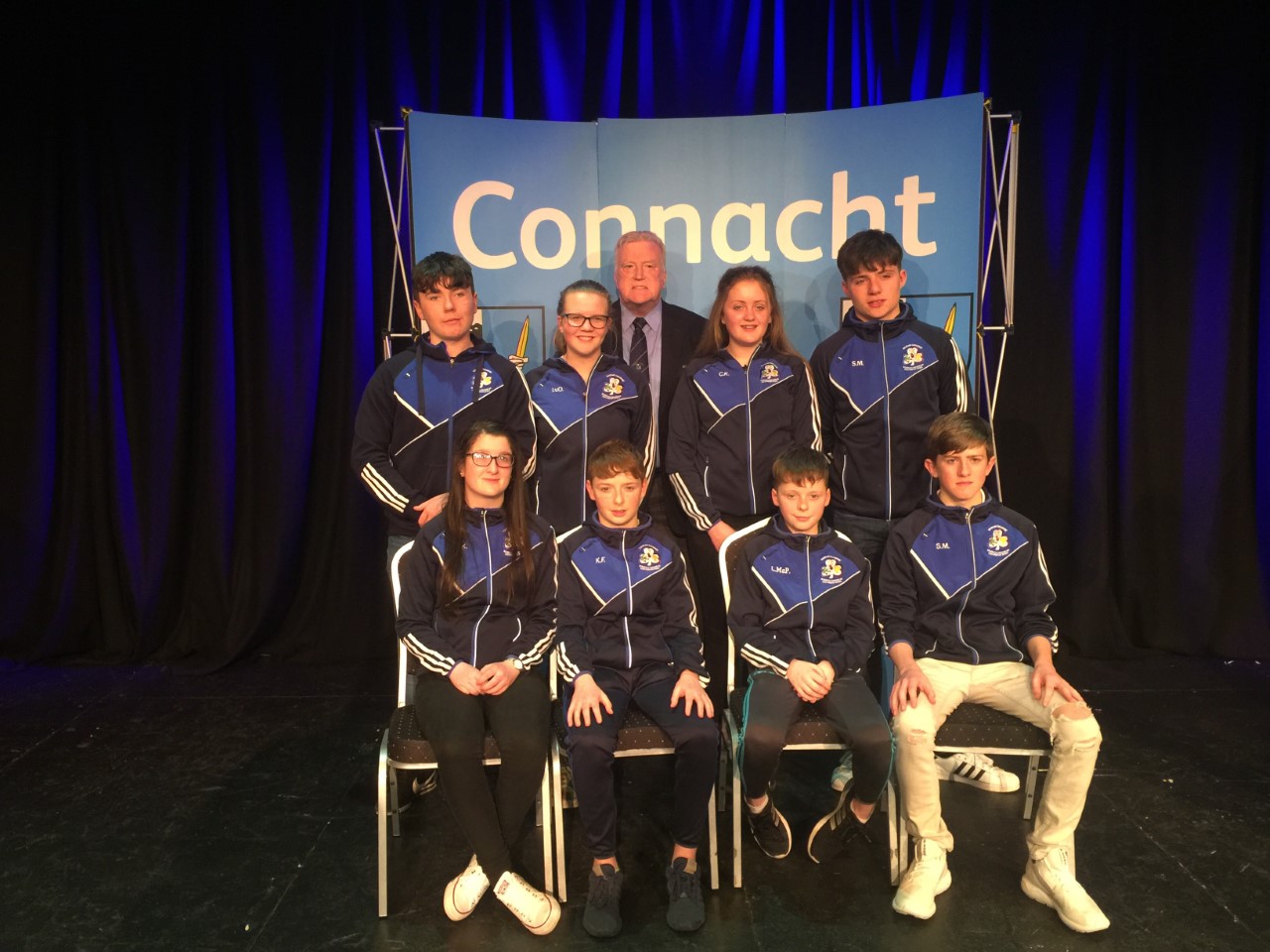 Claremorris Town Hall was the venue for the Connacht Scór na nÓg finals last Sunday. Our Roscommon competitors travelled with high expectations and were eager to book a place in the All-Ireland finals in February. Many hours of training has been put into the preparations for the final and great credit must be given to the young people from Roscommon who represented their club and county so well.

There were mixed emotions for the St. Dominic’s club as their Figure dancers and Ballad group were unlucky not to qualify. However, their Léiriú team was crowned the Connacht Champions. Some of this group won the All-Ireland last year and great credit must be given to them and their mentors for such a top class act.

Our other Connacht title went to Katie Heneghan. Katie represented St.Aidan’s and Roscommon in Recitation/Storytelling. Her rendition of Angela & the Baby Jesus was brilliant as she brought the story to life. Katie has won the All-Ireland title in 2016 and is delighted to be back in another All-Ireland final. Well done to all the competitors who took part today. They are a credit to their clubs.

The All-Ireland final will take place in Sligo I.T on Saturday 17th February at 3pm.