Sod Turned on the Hyde 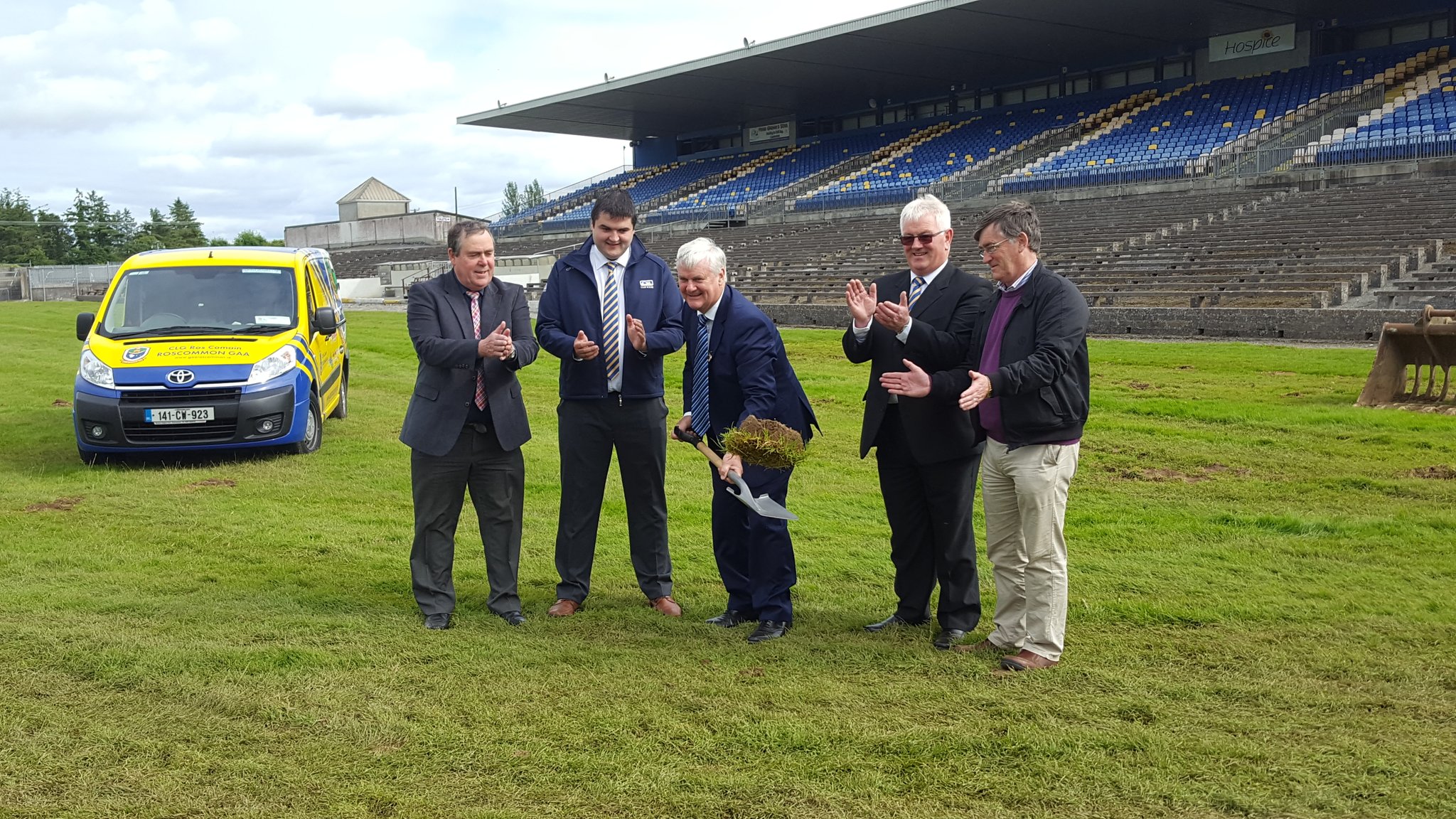 The sod was turned today on the new pitch at by President of the GAA Aogan O Fearghail. Speaking
in Hyde Park Aoghan O Fearghail highlighted the wonderful facilities we have in
the GAA however he noted an absence of as many  top class pitches north of the Galway Dublin
line on a map.

The Contract for the new Roscommon playing pitch was
awarded to Prunty Contracts Ltd. Who are one of âs premier pitch developers.
The project should be completed this year and the first game will likely be a
Division One National Football League Game in February 2017.

The pitch was originally opened in 1971 when Roscommon
played Sligo in a Championship match the last game in the Hyde was coincidently
also against Sligo in the Connacht Semi Final this year which Roscommon also
won.

Roscommon were forced to play all rounds of the
Allianz National Football league at different locations due to being flooded all year. The Roscommon Dublin  match was moved at short notice to Pairc Sean
Mac Diarmada in Carrick on and Central
Council Delegate John Corcorcan noted that Roscommon should in future be able
to play home games at home following on from this pitch development.