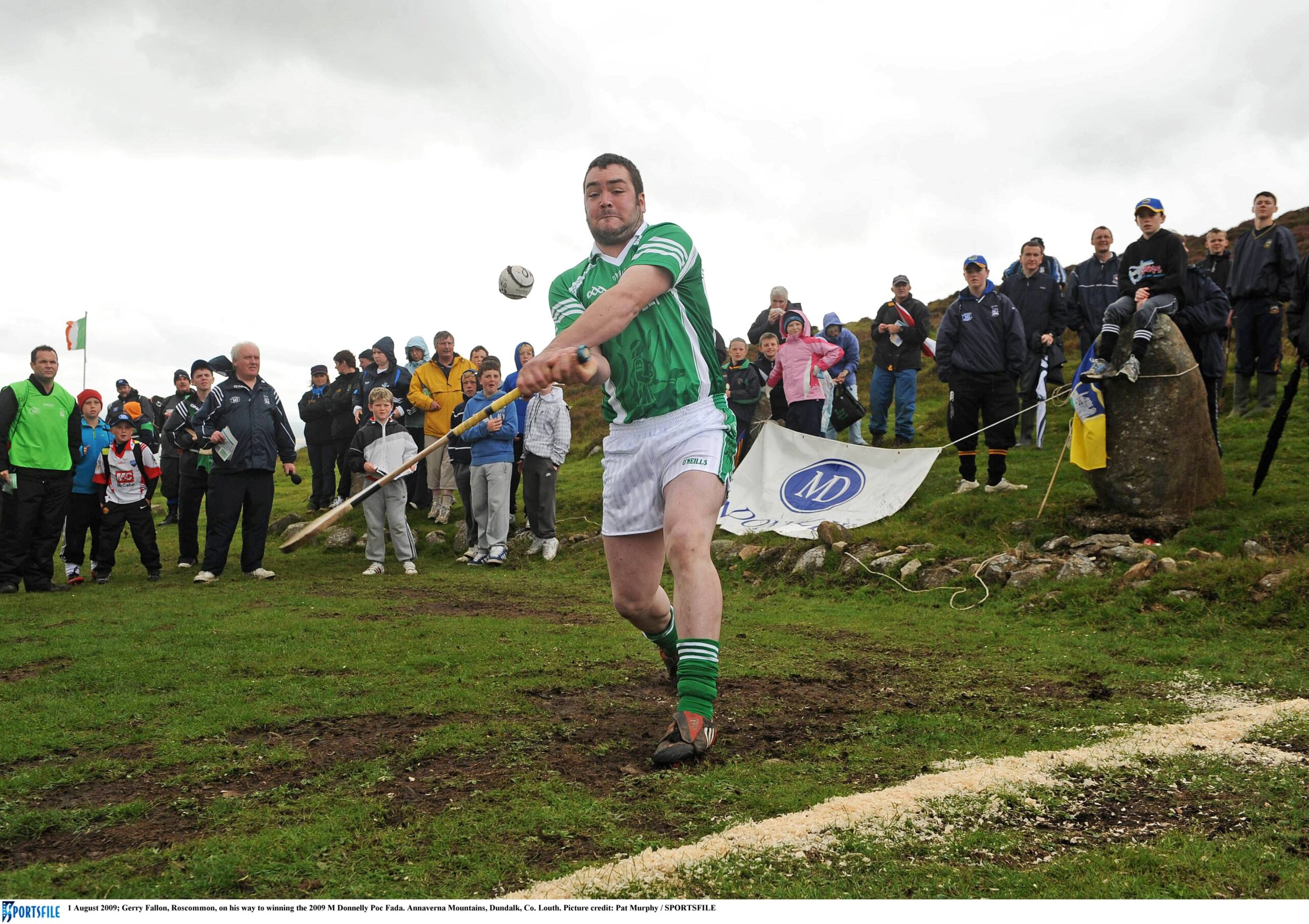 A new brigade of young talented hurlers forced the very
best from veteran puc fada competitor Gerry Fallon at the scenic and well
appointed Connacht GAA centre in Ballyhaunis on Monday evening before a  sizable attendance who were present to see a
number of competitions go down to the final puck before new Connacht champions
were unveiled.

Eight senior contenders were in action for the senior
crown that was held by Sligo’s Keith Raymond and the 2015 title at under 16
level was captured by Cormac Phillips who was underage once again in 2016. The
Senior contenders were Mary Fahy from Turloughmore, Galway, Bobby Douglas,
Tooreen, Mayo, Davog Freyne, Tooreen, Mayo, Jerry Fallon, Oran, Roscommon,
Keith Raymond, Calry, St Josephs and Ronan Cox, Calry St Josephs, Sligo. Finally
a welcome new addition was Luke Hands originally from Oranmore, Co Galway but
now firmly settled and playing in St Gabriels, London and representing London.

Conditions threatened rain throughout the running of the
event at the Mayo course but bar a stiff breeze the elements were kind to the
competitiors. Exchanges were even throughout and at the midway point the
leading contenders were Jerry Fallon, Mark Fahy who is just turned 17 years of
age and Keith Raymond. The second half of the course was more of an endurance
course as the competitors had to avoid the Connacht GAA building, rough terrain
and a few small water obstacles. The resolve of a number of competitors
especially the younger brigade was tested to the limits. In the under 16
category Cormac Phillips was the stand out performer as he held a three to four
shot lead from his nearest competitior throughout. Ironically he had the same
number of shots over the course as the senior winner and the Ballyhaunis
youngster along with Mark Fahy are two to watch in the years to come at senior
level.

The final shots saw Jerry Fallon regain the Connacht Puc
Fada title from Keith Raymond by one stroke with Mark Fahy a clear third as
most of the remaining candidates were all within a shot of third place to
suggest a very evenly contested event.

The camogie association ran their own Puc Fada event
organised by their personnel and this was also held in tandem with the hurling
event. It was a double success for St Thomas GAA club of Galway as Sarah
Skehill won the senior title and Sarah Healy won the Under 16 title.

In the presence of Connacht GAA president Mick Rock,
Connacht GAA secretary John Prenty, National puc fada committee member Bernie O
Connor and Connact Coiste Iomana chairman Stephen Cahalan the prizes were
presented afterwards at a ceremony in the Connacht GAA centre. Kitty Morley
representing the Camoige association presented the camogie awards. Connacht GAA
president Mick Rock congratulated all the participants on their endeavours and
he also reserved mention for the organising committee who have managed to
reinvigorate the competition along with other provincial committees. Stephen
Cahalan congratulated the various winners and wished them well in the Cooley
mountain and reminded all that Connacht winners have performed brilliantly in
recent years at national level and with the example shown once again at local
level there is no reason why another Connacht winner in hurling or camogie is
not beyond possibility.