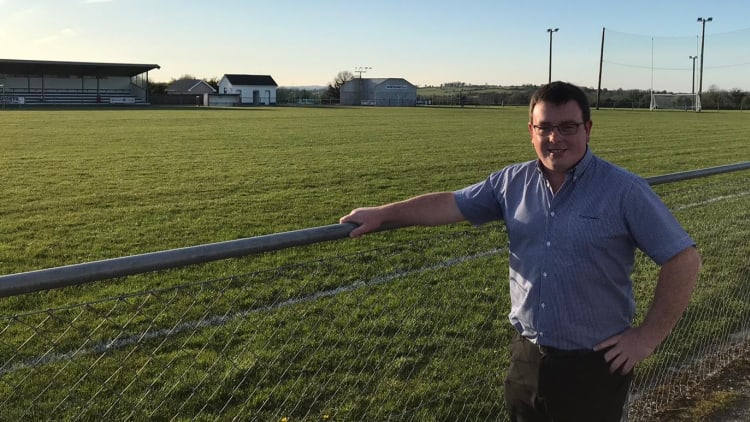 It has been confirmed  that Roscommon man, Tomás Ó Muirí, has been appointed by Uachtarán Chumann Lúthchleas Gael, Labhrás Mac Cárthaigh, as Chair of the next Coiste Náisiúnta Scór 1921-1924. He also confirmed the other committee members which included an overseas representative for the first time, in Jane McCarter O’Dowd.

Ó Muirí who has been involved in Scór for much of his life chatted to GAA.ie today and explains how he was honoured to have been asked by Uachtarán Chumann Lúthchleas Gael, Labhrás Mac Cárthaigh, to fill the role.

”It is a fantastic honour to be the newly appointed Cathaoirleach of Coiste Náisiúnta Scór”, says Ó Muirí. ”An honour not just for me personally but also for my family, local club St Dominic’s, Roscommon and indeed Connacht.

”Since my late teens I have been involved in Scór administration at all levels of the Association. My new appointment to lead Scór at national level is one I do not take lightly and I dedicate it to the various people who influenced me since I began.

”Today I remember all these stalwarts. Those locally Eileen Fallon and Donald Feeley at St. Dominic’s level and indeed Phonsie Tully at Roscommon county level who christened Scór and formed part of the first Coiste Náisiúnta.

”I also remember some of those who went to their eternal rewards at local level the likes of Mary O’Connor and Éamon Beatty and indeed Pat Dennehy who gave their lives locally to the promotion of our culture.

”As I look across the province of course I follow the footsteps of great Gaels such as Seosamh Mac Donncha as contae na Gaillimhe. He did so much to the promotion of our culture and our language.”

The past year has been an incredibly difficult year for all involved in Scór and in the GAA due to the pandemic. Last March when Covid struck most provinces were preparing for their provincial finals and looking forward to the All-Ireland finals in the INEC the following April. Tomás shares his thoughts on the difficulties of the last year and how Scór administrators rose to the challenge of keeping activity alive albeit in a new digital way.

”The past year has been incredibly difficult for everyone and unfortunately, we bid a sad farewell to many great Gaels along the way. Just days before the commencement of the provincial finals in 2020 Covid-19 darkened all our doors and remains with us.

”While official competitions came to a sudden halt, alternatives were quickly put in place to keep our cultural activities to the fore. Virtual Scór, the brainchild of Aodán Ó Braonáin, iar-Chathaoirleach Choiste Náisiúnta Scór, provided a much needed, non-evasive platform to keep both young and old engaged.

”We also had a number of intercounty and interprovincial performances and it would be remiss of me not to mention the great work of Gareth McCreevey who produced many of these fantastic videos to such a high standard that we can all hold and treasure for many years to come.

”There were many more plans to further develop Scór which unfortunately fell victim to the pandemic. It is my goal to now make these a reality along with a number of additional targets.”

Ó Muirí has been charged with the task of leading Scór for the next three years and there is no doubting that he is looking forward to progressing the role of Scór in the GAA and leaving it in a better place come the end of his term.

”It is my strong opinion that Scór play a pivotal role in the Association. It is the one element that differentiates us from all other sporting bodies – the commitment to the promotion of our language and our culture.

”The opening chapter of An Treoir Oifigiúil outlines 4 broad aims of the Association. The first aim is immediately met through Scór – to actively support the Irish language and culture. These four aims must now be further developed as part of the overall GAA strategic plan from Autumn 2021 to 2026.

”In recent times the GAA has adopted the manifesto ‘Tá Áit Dúinn Uilig Ann’. In Cumann Lúthchleas Gael there is a place for everyone and for many this may solely be Scór.”

St. Dominic’s and Roscommon man, Ó Muirí, is raring to go and is very much looking forward to working with his fellow committee members. He also recognises the significant inclusions on the committee of young Tipperary man Marcus Ó Duinn as well as New York representative, Jane McCarter O’Dowd among others.

”I really look forward to getting straight down to business next week with Coiste Naisiúnta Scór. Each member of An Coiste bring a wealth of knowledge and expertise so there will be no honeymoon period required!

”Two new exciting dimensions to the Coiste will be a representative from overseas to broaden our wings and further develop Scór in places like New York and indeed other units across the world.

”The Uachtarán has also appointed a young man from Tipperary, Marcas Ó Duinn, to help us further develop the views of our younger members compiled at last year’s youth forum at Páirc an Chrócaigh.

”The overseas representation and the voice of youth will blend in with the more experienced members to create a more informed Coiste in how best to lead Scór in 2021 and beyond.”

The following have been appointed members of Coiste Náisiúnta Scór, 2021-2024