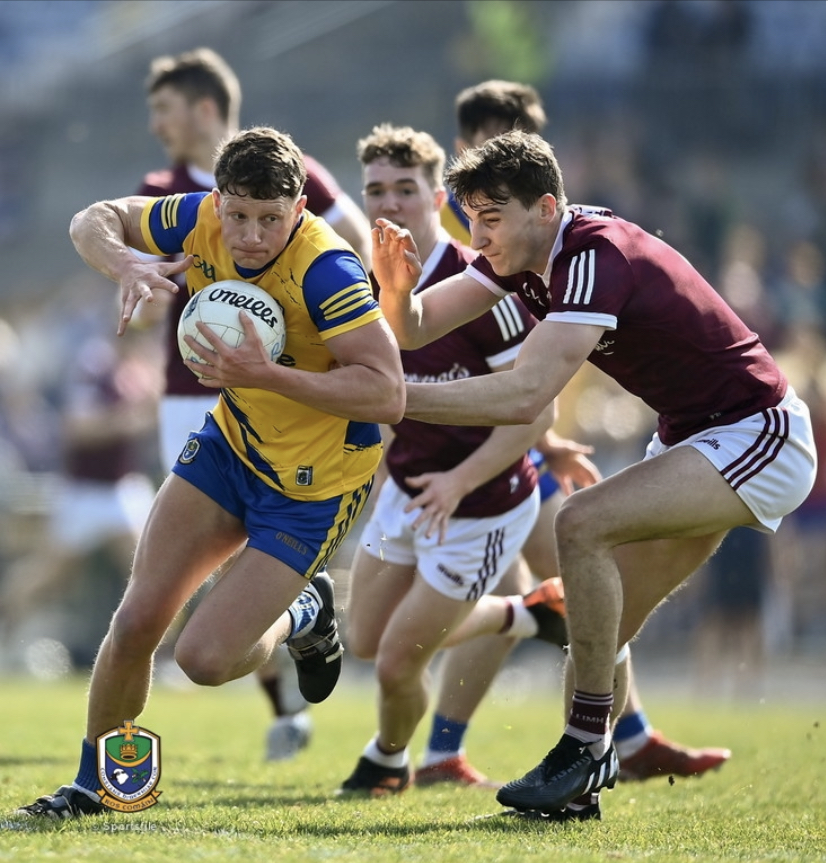 Roscommon are back in Division One after a terrific first-half display lay the foundations for victory, and promotion, against Galway in perfect conditions at Dr. Hyde Park.

In front of nearly 6,000 supporters, the Rossies played some of their best football in this season’s league campaign as Cian McKeon’s 32nd minute goal helped them to a 1-14 to 0-6 lead.

In fairness to Pádraic Joyce’s men, they upped the ante in the second half, but they had left themselves with too much to do, despite Johnny Heaney’s spectacular goal five minutes from time.

Conor Cox finished with 0-8 for the Rossies while Galway midfielder Niall Daly kicked five points from play on his league debut.

By the end of a dramatic afternoon of league football, Roscommon were the only unbeaten team left in the country.

The Rossies were 0-6 to 0-4 ahead in a free-flowing contest after 16 minutes but when Cathal Sweeney was shown a black card for tripping Ciaráin Murtagh as he bore down on goal, the home side made the most of their numerical advantage, hitting 1-6 without reply.

A hat-trick of points from Murtagh inside the space of two minutes were crucial, as was McKeon’s goal when he combined with his Boyle clubmate Donie Smith before palming the ball to the net.

Galway were far more competitive after the break as Roscommon tried to play a containment game. They were always able to keep the Tribesmen at arm’s length but three points from Daly alongside efforts from Dessie Conneely and Liam Silke kept their opponents honest.

When Johnny Heaney scored a brilliant goal in the 65th minute to leave six points between the teams, which was followed by efforts from Tony Gill and Owen Gallagher, Roscommon supporters started shifting nervously in their seats for the first time.

But substitute Niall Kilroy’s point in injury time confirmed Roscommon’s promotion and a rematch with Galway in Croke Park next weekend.