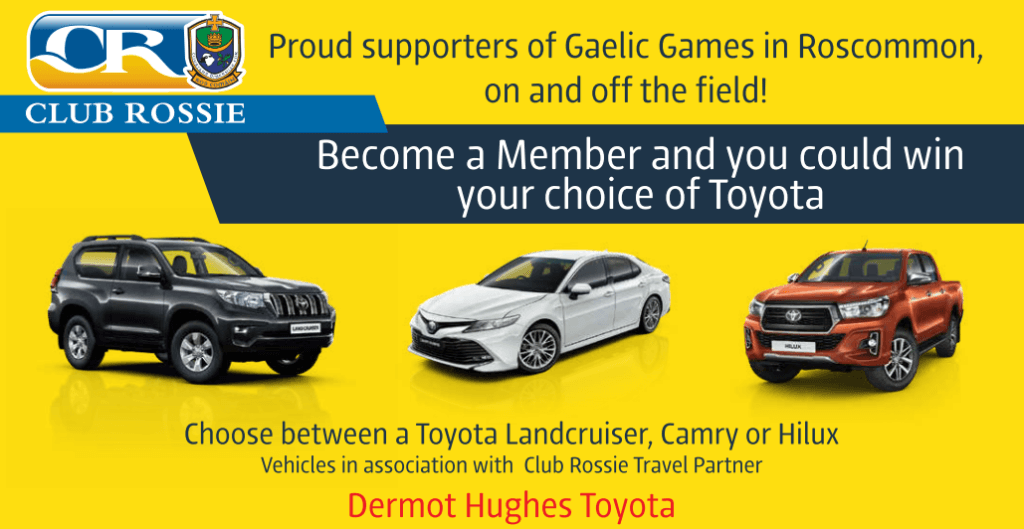 The Roscommon GAA / Club Rossie members draw was held last evening in Hannon’s Hotel Roscommon. It was a fantastic success and all involved are very grateful to all the people who contributed to the draw.

The actual ticket sales were in excess of €270,000, with 571 Gold Memberships and 1,398 Bronze memberships bought by members of Club Rossie. In addition, 83 businesses have joined Business Club Rossie.

The draw results are as follows

Special Draw for our Business and Gold Members

Speaking after the draw Roscommon GAA County  Chairman  Seamus Sweeney was fulsome in his praise of Club Rossie for all the work that they had done in fundraising for Roscommon GAA this year. In addition, he thanked all the clubs who had sold tickets and especially the people who had bought tickets. “By being involved you have all assisted Roscommon GAA to accomplish so much and remember the best is yet to come,” he said in conclusion.