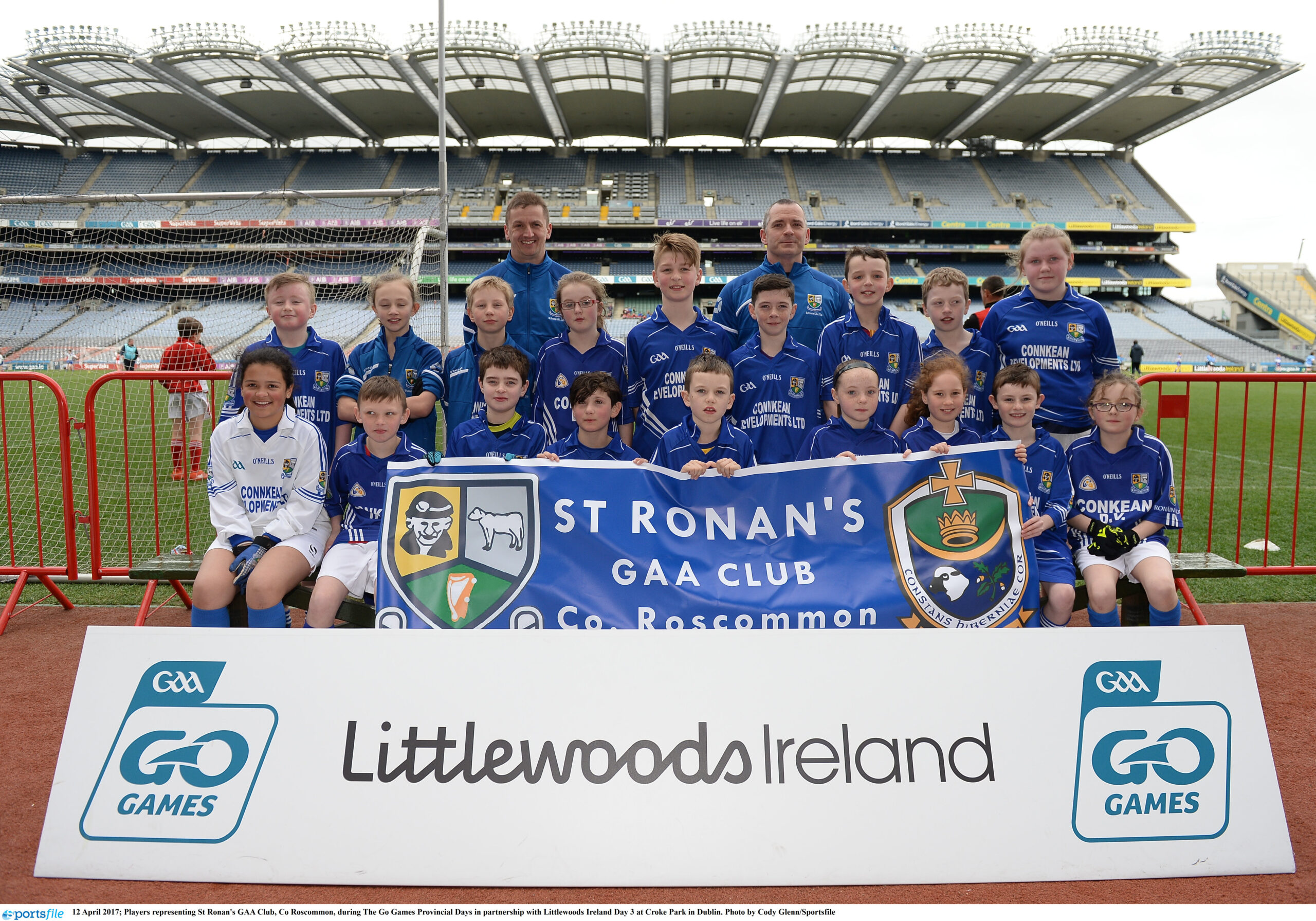 This is an initiative which sees 7,000 children take part in mini versions of hurling and football blitzes at Croke Park over the course of the Easter holidays in April. As part of the initiative, Littlewoods Ireland provided a Go Games jersey and boot bag to each child participating.

The Connacht GAA Go Games days provide selected clubs from all over Connacht the experience of Croke Park. The players involved get to play in Croke Park and a trip to the Croke Park Museum.

This initiative, which was spearheaded by Connacht GAA Games Manager, John Tobin, first took place nine years ago has been an outstanding success. So far every club in the province has had the opportunity to play in a series of Go Games Blitzes.

These players and their mentors also get the opportunity of a tour of the Croke Park Museum. The unforgettable experience includes preparing for the games in the dressing rooms and concludes with each team lifting a cup at the presentation area in the Hogan Stand afterwards.

The GAA Go Games, established in 2004, are small sided versions of Hurling and Gaelic Football for children up to 11 years old. The Go is part of an initiative within the GAA meaning that every child gets a chance to play and participation takes precedence over performance. Since it began, the participation has grown year-on- year with more than 150,000 now taking part in the GAA Go Games across primary schools and clubs.