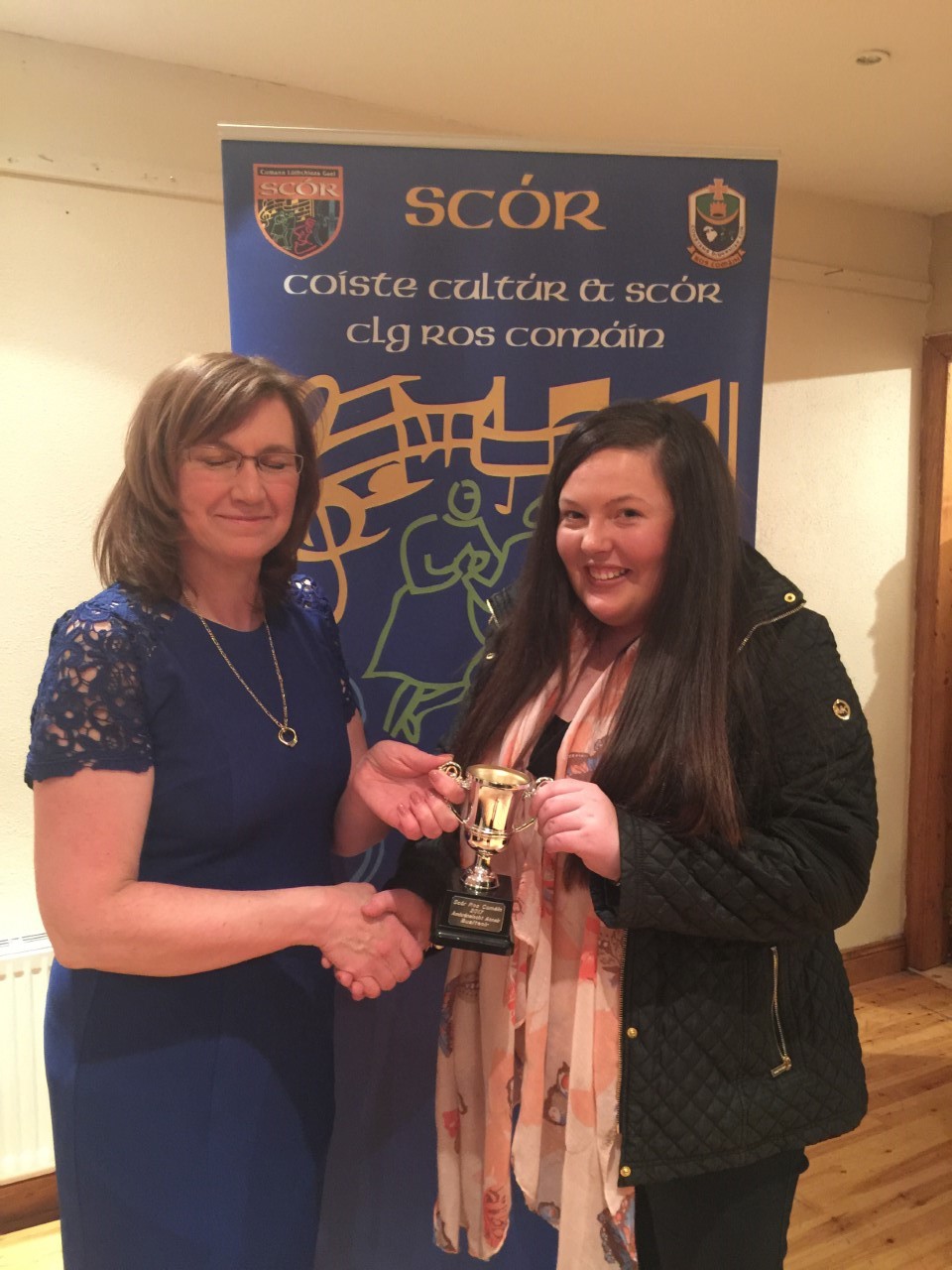 After the great excitement St. Dominic's  winning the All-Ireland final in the Leiriu in Scor na nÓg , it was back to business for the clubs in preparation for the County finals in Scor Sinsir.

Our Scór Sinsir County finals took place recently in Kilbride  Community Hall where many our clubs took to the stage to represent their clubs in the various events. What is interesting is that many of the participants in Scor Sinsear had spent the months previous preparing their younger club members for Scor na nÓg. The Connacht finals will take place in Tubbercurry, Co.Sligo on Sat 24th March.

We wish everyone the best of luck. Clubs representing Roscommon: