The Win A House in Dublin Draw results. 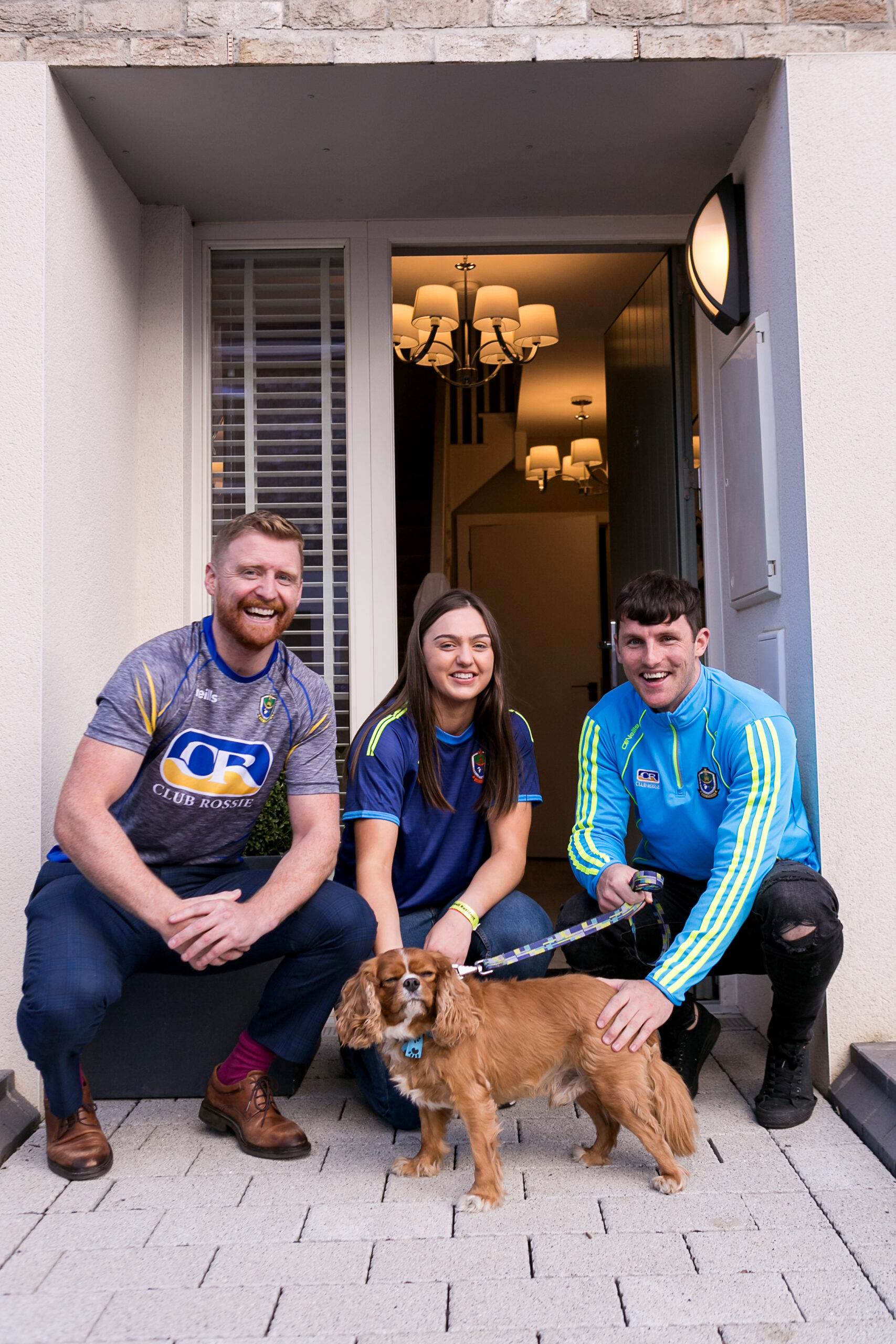 Kumar Gangah from Dublin wins a new house in Dublin worth €425,000 while the Roscommon GAA/Club Rossie #WinAHouseinDublin fundraiser generates over €1.403 million

Congratulations to Kumar Gangah from Dublin who tonight (Sunday) won a new house in Ashtown, Dublin 15 worth €425,000 courtesy of Club Rossie, the commercial arm of Roscommon GAA and our partner Ballymore. The Draw was held in the Hodson Bay Hotel, was independently observed by PWC and broadcast live on Facebook (see facebook.com/clubrossie).

#WinAHouseInDublin was the most ambitious fundraiser ever undertaken by Roscommon GAA. The fundraiser organised by Club Rossie grossed €1,403,400 based on sales of 14,034 tickets at €100 per ticket. The cost to run the event was €460,000 with the cost of the house accounting for €350,000. The remaining cost was comprised of paying stamp duty and legal fees, out of home advertising which included digital signage at the IFSC and a number of other central Dublin locations, radio advertising and particularly investment in digital platforms including Facebook, Instagram, Twitter, LinkedIn and Google.

The net contribution to Roscommon GAA is €943,400. This will be used to implement the strategic plan of Roscommon GAA including the development of the Dermot Earley Centre of Excellence and work on Dr. Hyde Park.

David O Connor, Treasurer of Roscommon GAA and founder of Club Rossie, “Running the finances of a county like Roscommon is challenging. We’ve the 6th smallest population in Ireland, we don’t have an abundance of industry but we have high ambition for Gaelic games in the county. We want all our players to be the best they can be on the field and we need to develop the Dermot Earley Centre of Excellent for all the players, both men, and women, in Roscommon. This fundraiser will make a tremendous difference and we’d like to particularly thank Sean Mulryan of Ballymore who has been exceptionally generous to Roscommon for many many years”.

Pat Compton, Chairman of Club Rossie, “This campaign which lasted 111 days has certainly brought fundraising in Roscommon to new levels and we look forward to building on this work in the future. We were delighted to be able to donate €10,000 to the Mayo Roscommon Hospice as part of the campaign. The Club Rossie team are all volunteers who don’t receive expenses or payments for their work. They are a pleasure to deal with and just get on with the job!”.

Aidan Brady, who project managed the #WinAHouseInDublin campaign, “Our campaign to raise over €1,400,000 was based on a running a comprehensive sales and marketing effort which included out of home advertising as well as executing a very significant digital advertising campaign across the key social platforms of Facebook, Instagram, Twitter, LinkedIn as well as Google. We’re delighted that our campaign will make such a significant difference to Roscommon GAA. We’d really like to thank all the people who bought a ticket and entered our Draw”.

Finally, Chairman of Roscommon GAA Seamus Sweeney commented, “This is a game changer for Roscommon GAA financially. It sets us up for the future and I’d like to pay tribute to the Club Rossie team who since their launch in 2014 have professionalised fundraising in Roscommon and made an exceptional contribution to the county”.

The volunteer team of Club Rossie who executed this campaign comprised of:

In addition, Roscommon GAA staff, Diane Dennehy and Stephen Ormsby, went above and beyond the call of duty. Many officers of the county board in particular Seamus Sweeney, Hugh Lynn, Christy McDermott, Valerie Murray & Tom Murray made a significant contribution. Colm Hanratty of Six Two Digital played a vital role throughout and was of immense help.

A special thank you to Tom Hunt in San Francisco who has been steadfast in his support of Club Rossie over the past 4 years and also to Mary, Paul and all the Earley family who have also being very supportive through the years.

Many people helped us along the way including:

We thank them all sincerely.

To all Roscommon GAA people – onwards and upwards from here.