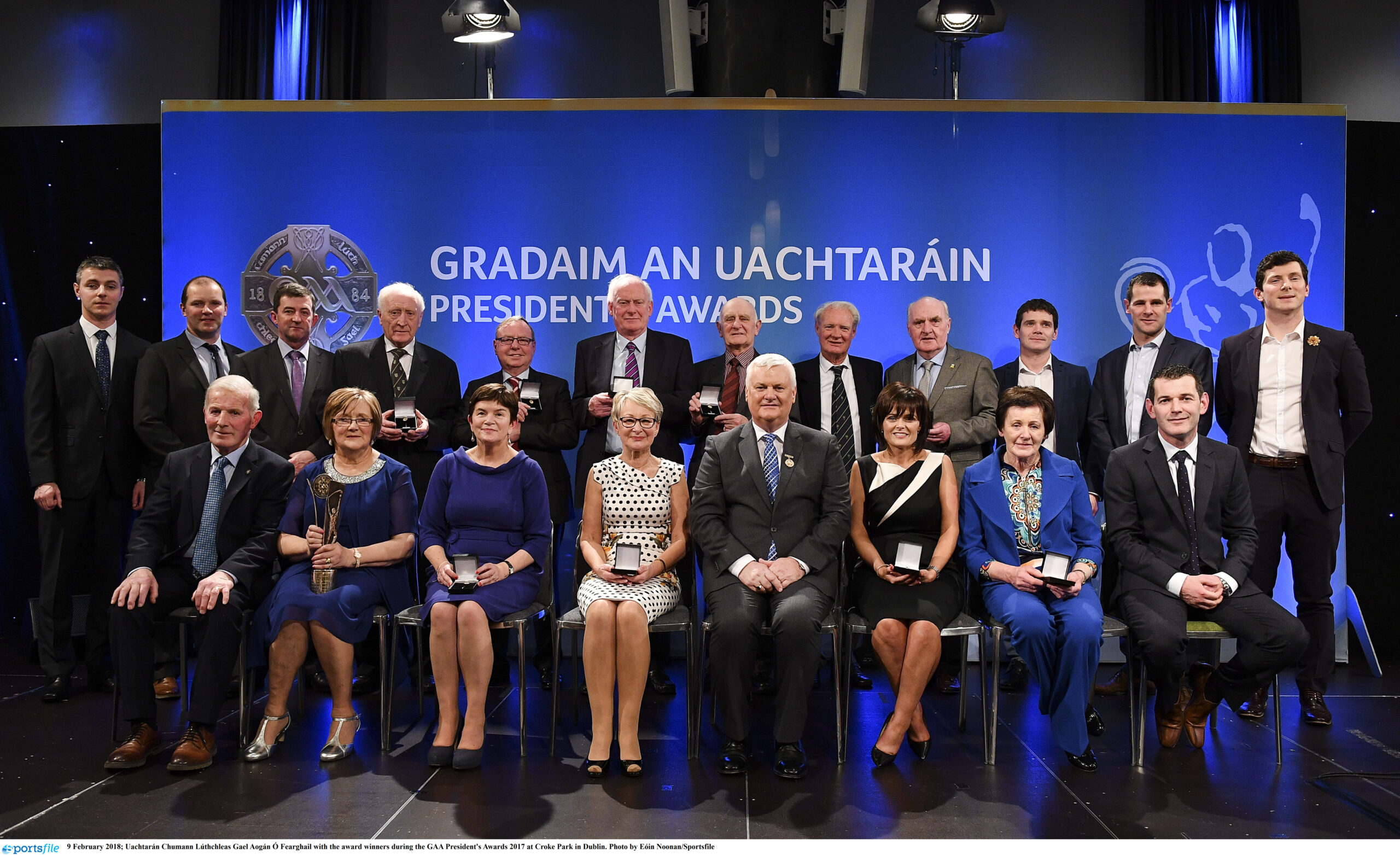 Congratulations to Mary Kelly of the Tulsk GAA Club who won a GAA Presidents Award on Friday  night in Croke Park. The Loughglynn native received her Gradaim an Uachtaráin for her services to Rounders.

Mary Kelly has enjoyed a lifetime of enjoyment from Rounders and has been a passionate advocate of a game that helps drive inclusiveness in the GAA. She started her schools participation in competitions in the early 80’s and continued until her retirement in September 2017.

A proud member of Tulsk GAA Club, she has won County Titles 15 times with her school girl’s team and this year her school boy’s team are county champions. Under her watch the game of Rounders has grown in Co Roscommon and following coaching by Croke Park the number of schools competing in the National Schools Day in June has risen to 16

The phenomenal growth and success of Ladies Gaelic Football traces its roots back to the pioneering visionaries who played and promoted the sport and Marie McAleer is central to this work. 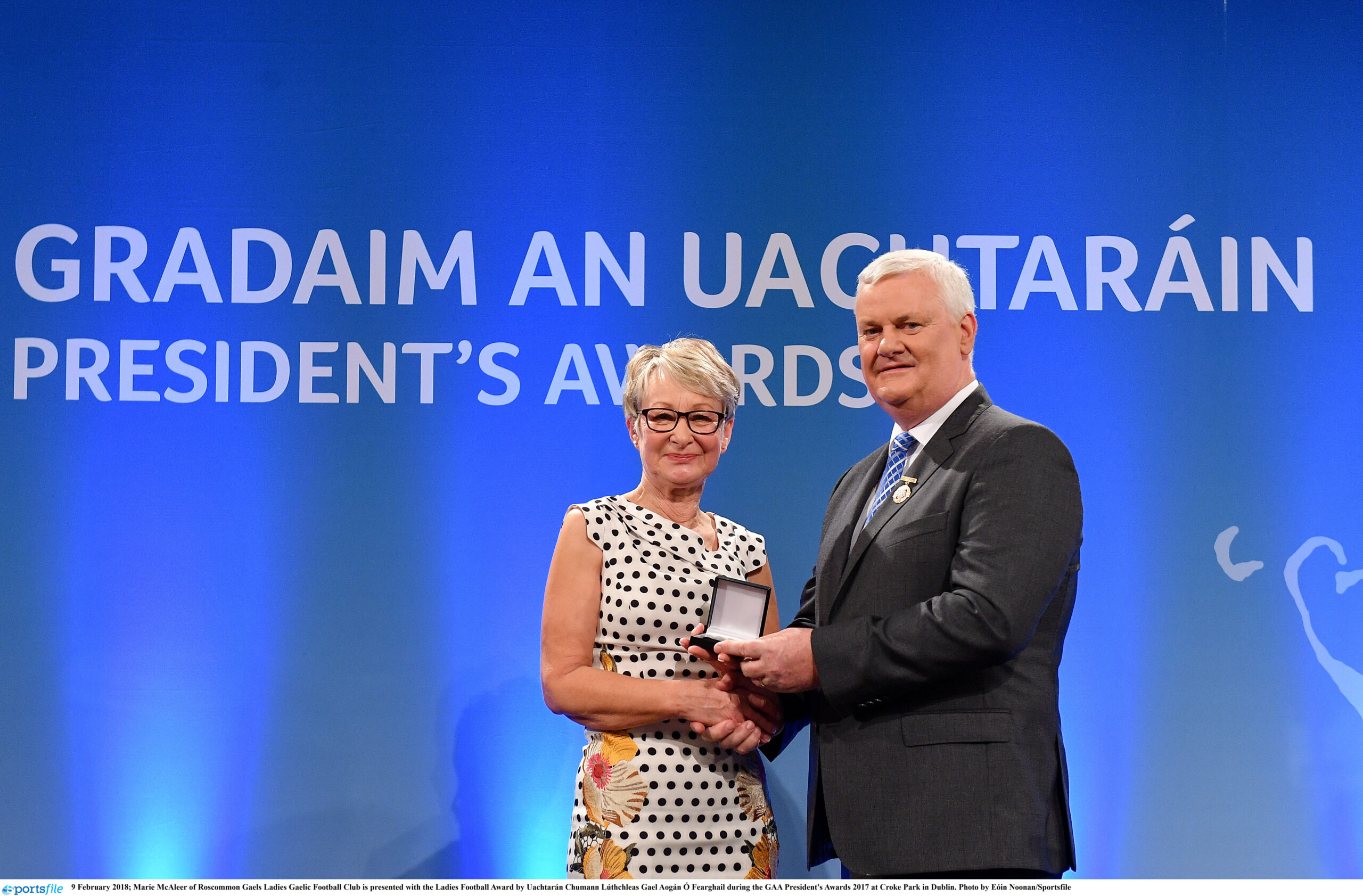 Her passion and drive for the sport has continued ever since and has been put to good use on several national and county board committees while she was also instrumental in the establishment of the Roscommon Gaels Ladies Gaelic Football Club in 2000.